How To Discover The Hidden Talents Of Your Team 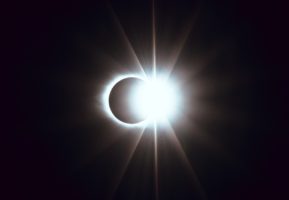 What do we have on the spacecraft that’s good?

This is a quote from the film, Apollo 13. One of the most well-liked films of all time.

It’s interesting that it struck such a cord with audiences…

The main stakeholders in the film – Brian Grazer, Ron Howard and Tom Hanks – actually panicked just before release when they seemingly realized that the film might be a huge failure because audiences would already know the ending.

But the film went on to become a huge success. For many reasons, but perhaps one of those reasons being the fact that the film is about a good plan being completely blown up and those in charge leading their teams to figure out a positive solution.

I don’t care what anything was designed to do. I care about what it can do.

The director understood that plans are great to have. When things go basically as planned you can really succeed. But every once in awhile things don’t go as planned.

The best leaders. The best companies…are often able to succeed in both situations.

One key reason is when leaders are able to assess what their team members are capable of doing. What they’re best at. What their hidden talents are.

The Art of Hiring

If hiring was a science, every person hired would be exactly the right fit and do a wonderful job. As a businessperson, you know that’s not the case.

If someone claims to make only great hires you know that person is probably not doing a lot of hiring. Or they’re just focusing on their good hires.

You hire someone for a job. You do the best you can, with the experience and information you have, to hire the right person. If it doesn’t work out you have a couple of options…

First, you can fire them. Move on and make another hiring decision and keep doing that until you get it right.

There is nothing wrong with that option. It’s almost always better than doing nothing and letting that person continue in the same position.

Second, you can learn more about the person and use your additional information and experience to find their hidden talents. With this new understanding you can find a better position for them.

So, how do you find hidden talents?

Here are a few tips…

Talk To The Individual

If you sense that someone on your team is misplaced, take the time to talk with them. Or if your organization is too large to do this, have your managers speak with individuals on their team.

What’s good about this employee?

The fact is that it’s good to approach people, especially those you’ve already hired, as if they have something positive to contribute. They might be misplaced right now, through no fault of theirs or yours, but it doesn’t mean they don’t have value.

You can also talk about work. They probably came to you with an idea of certain things they would do. Along the way that has probably changed. They have also probably seen other tasks being performed.

These conversations can lead to great insight.

Also have these same conversations with managers and coworkers.

I’m a fan of reading autobiographies and biographies. Both can be great, but often the biographies are the best. Sometimes as people we often can’t see the full picture about ourselves. We obviously know what we were thinking in certain situations and what our motivations are, but others have a different perspective. They see our actions. They see how they and others react to us.

Talk to your managers and coworkers about the good things that individuals are doing.

I remember reading an article about a country music executive that saw potential in a secretary on his staff. The secretary was struggling with answering the phones and keeping things organized. She couldn’t seem to come in first thing in the morning consistently. But there was something there.

The executive spoke with his team and heard stories about how this secretary spent a lot of time in local clubs listening to music. She had a great personality for meeting people in these settings and seemed to love the nightlife around the country music scene.

Some leaders might focus only on the negatives and let the secretary go. This executive, however, hired her for his A&R staff to help find new talent and then groom and champion that talent for success as artists.

She excelled and really helped that country music label succeed for years.

I’m a big believer that we are what we do everyday.

What we actually do.

I’ve read a lot about successful people in business. Many never went to college, but often they will advise young people to attend college if they want to succeed in business. It seems ridiculous. If I was one of those young people looking for advice or for a blueprint, I would analyze what the successful people actually did, which was usually start taking action and getting involved in business of any kind as soon as possible.

Look at what the people on your team are doing.

Usually, people will try to steer their efforts to areas of interest and strength. We don’t do this on purpose. It seems to be human nature. We like doing what we’re good at. Whether we’re being paid for it or not.

For example, you might have a customer service rep on the team that is doing well with upsells. It might not even be part of their job to make those sales. But it keeps happening.

Get this person on the sales team as fast as possible. You can always have them go back to working customer service if it doesn’t work out, but odds are very good that they will excel in sales.

As a leader, it’s your job to constantly be looking for ways to get your people in positions to succeed. That includes knowing what their strengths and weaknesses are. The challenging thing is being able to figure out the strengths. Talk to the individuals. Talk to who they work with. Then assess their actions.

It should bring insight, even for those that are doing well in their current position, that can allow you to put them in a position that is their best fit.