Why Scheduling Blog Posts For Later Is Good Strategy 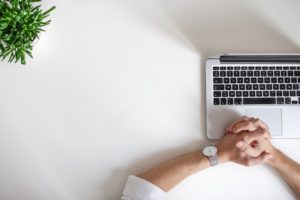 The music industry is interesting for a lot of reasons.

One aspect that has always interested me is how delayed the process seems for the artists and writers.

When artists release new music they often do a lot of interviews. In those interviews they often reveal that it can be a little strange talking about their “new” music. It’s new in the sense that it’s just been released to the public. But often to the artist, the music has been around for awhile.

In a general timeline, an artist will write songs over a year. At the end of that year they will record. Then they turn the music in to the record label. The record label will then determine how to market and distribute the music. They determine how the rollout fits into their overall schedule with all their artists. Then the music is released. Then the artist often goes on tour. Multiple singles are released. Then it starts all over again.

For the artist, when a song is released in the present, they are probably working on writing new material for their next release.

Artists will sometimes talk about how this process can be frustrating. Or maybe confusing. In a related field, I remember hearing Jerry Bruckheimer give an interview where he said that he got into TV after spending years in movies because the release timeline in TV was a little quicker. It was still many months and even a year in advance, but still faster paced than film.

It’s not that content can’t be released immediately. It can. Especially today. It’s just that some content, as content creators have found over the years, is better released through a specific process.

You likely know Taylor Swift. Her original record label is Big Machine. That name refers to the “machine” of the music industry. For those on the inside, releasing music is literally akin to putting a song into a machine that creates a product and releases it systematically to the public.

But there is a flipside to this…

For two, systematic release of content is easy to consume. People don’t necessarily want to work to figure out when things are coming out. We like things to stay relatively the same way they always have with little changes along the way. When artists get crazy and do surprise releases and things that are different it can often backfire.

For three, there is an appreciation for things that are allowed to sit for a little while. This incubation period allows for some testing and changing and tweaking. When things are quickly released there is a risk for them to feel wrong or unfinished. Consumers know this and they expect a certain waiting period.

This all leads back to the idea of scheduling blog posts.

Most of the successful blogs you read are in a sort of blogging “machine”. There is a brainstorming process where ideas are shared and titles are created. Then those titles are added to a schedule or calendar along with notes.

Even after a post is finalized and ready to publish, it’s often put on hold for a bit. It has to fit with the other posts that are already scheduled. You don’t necessarily want to publish 3 posts on a Monday and have no content the rest of the week. It’s good to spread things out. Just as movie studios do and how record labels do.

This incubation period also allows for any last minute changes. And anyone that’s created content in any form knows that last minute changes do happen. You can’t plan for anything and it’s really nice to have a cushion to allow for these expected, unexpected changes.

If you have a blog, get into the habit of scheduling your posts. Schedule time to brainstorm titles. Then schedule time for writing. Then when a post is written, schedule it for a week into the future. The temptation is to want to publish it right away. You’re not alone in this feeling. Your favorite music artist feels this. Movie directors feel this. But they fight that temptation because it’s best for the content, for consumers and for them for the long run to do it this way.