Why Customers Will Hire A Start Up 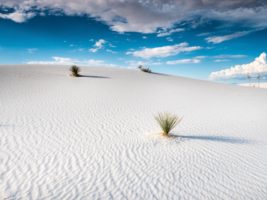 Startups are a great thing. The founders and those involved in the early days are usually full of optimism and drive. They’re looking to change the world. Even if it’s just the world of those involved and of the customers. And startups are the main driver of change in the world. They are created by folks that want to bring something innovative to the market that makes life better.

But even with that in mind you often have the most difficult task of convincing people to buy what you’re selling. Many people want to see some proof of concept before making a commitment to a company. Let’s say a restaurant opens down the street. You want to try it out, but it might be good to watch a few other people come and go before you give it a try.

So how do you overcome that?

Here are a few thoughts…

Sometimes a startup comes out that truly has a superior product to what’s available. It doesn’t happen often, although some startup founders like to think it will. Even if you feel you have something that is better, it will still take the majority of potential customers to commit. You often have to do more than the established competition just to get a customer to try what you’re bringing to market.

I can’t say for sure, but at least 50% of the kids in my college signed up within a few months and were sharing all kinds of things. Mostly photos back then.

Price is a big one that you can win on the early days. It won’t always win you the business though. You might be cheaper as far as what you charge, but there is a lot more than can make the price add up. From the customer’s standpoint they might save some money upfront, but if your product needs tweaking and support and time, that all adds up in terms of money.

But price is a good one to focus on. People are always looking at value. What they get and for what cost. It’s human nature. So if you’re able to provide some real, tangible value you can win even as a startup.

Some successful startups are often successful by focusing entirely on the early adopters in the early days of the company. You could say that Facebook used this strategy. College students are fairly impressionable. They’re coming of age and aren’t necessarily attached to brands or products or things like that. They may even want to make their mark in the complete opposite way of their parents.

Facebook focused entirely on college students in the first year or so. They had a pretty good inclination that college students would be less wary about signing up for an account and sharing information such as photos.

Who are the early adopters in your industry and how you can focus only on them with your startup?

4. They Want To Make A Splash

Another angle startups sometimes focus on is people that are new to a company. So this would be a startup in the B2B space. Let’s say you’re selling to Marketing Managers. You can use a service liked LinkedIn to identify these folks. You can filter by who has been hired within the last six months or even three months. Reach out to them to introduce your company and product.

Many times new people come into a new job looking to make a mark. To prove that hiring them was a great idea. They may not come in looking to change everything. But they may want to bring a new vendor to the situation that can kind of push the company in a new direction.

So that can be a narrow focus for a startup looking to grow.

The story of how Nike got Michael Jordan to sign with them in 1984 is an interesting one. Jordan had worn Adidas shoes in college. He was pretty set on going with them for his endorsement deal upon turning pro. And Converse had been the biggest shoe in professional basketball. Just about all the major stars of the era wore Converse.

Nike wasn’t even on the radar. They weren’t really creating basketball shoes. They had been growing their company mostly with track shoes and long distance athletes with the great teams of Oregon University.

But Nike wanted to get into basketball and they wanted to partner with Jordan. It seems they actually made some kind of phone call or pitch to Michael Jordan’s mom. And it was his mom that convinced him to fly to Oregon to at leas listen to the pitch.

Nike offered the most money. That’s obviously important. But they also offered Michael his own brand. “Jordan” would become part of Nike. The shoes became Air Jordans. Nike included videos in their pitch. They promised Michael that he would be their main focus for basketball and they would do cutting edge video commercials to promote him, the shoes and the new brand.

Adidas and Converse didn’t come close in their offers.

Being a startup is difficult for a lot of reasons. You have to get creative with how you convince customers to sign with you. One thing I’ve observed is that most people are willing to try a free test. They will try your product, which is actually a commitment of time and energy on their part. But most are willing to try. So that can be another way to win people over. Give your product away for free for awhile.

It’s part of the cost of doing business. Especially for a startup.