Why Bill Murray’s Opportunity Channel Should Be Copied 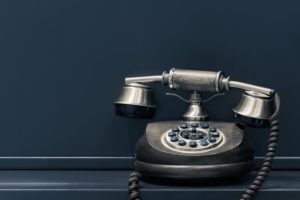 Bill Murray rose to stardom in the 1980s. He was in some of the biggest movies of the decade. He had an incredible amount of opportunities coming his way.

And this was really before cellphones became mainstream. It was before email. He probably had a landline at his home as well as phones in his hotel rooms and probably a few fax machines somewhere.

But sometime in the early or mid 1990s, he decided to cut off most communication channels to himself. He got sick of being at home by himself or with his family and being constantly interrupted by the ringing phone. The people, probably his agent and others, were doing their jobs. They were bringing him new opportunities. Great opportunities.

But Bill didn’t want to do it. He had been building and building for more than 10 years and reached a point where he could say “no” to most things. So he famously got a 1-800 number that became the only way for people to contact him with opportunities. Many didn’t even know what the number was.

Bill could listen to the messages. Although he probably didn’t listen to most. He probably deleted most and only took the opportunities he received from close and trusted friends and colleagues and occasionally one that came via the phone line.

And he continued being successful…

That’s the part that has grown more confusing today. Compared to that time, 20+ years ago, we’ve only added more channels of communication. Now we have email and cellphones and texting and social media and all kinds of things. We’re constantly paying attention for fear of missing out.

Email was bad enough, but at least you needed a desktop computer to check it. That was some kind of filter. But now we check our phones constantly for new texts from friends, family, work and more. The fear is real that we’re going to miss something.

And that might be true. But everybody misses a lot of things.

Bill Murray seemed to know this. He had done a lot of great things in the ’80s, but surely he missed out on even more great things. And he was still feeling burned out. So he realized that he wanted to live his life and not have the burnout.

There is no reason we can’t do that today. We could limit all communication with us to voicemail or to an email address. One that we check just once in awhile.

Will we miss out on things? Professional and personal? Absolutely. But that’s already the case.

It could be argued that Bill Murray only did this after he achieved his breakthrough. And if you’re ambitious you need to have every channel open. Maybe. But maybe not. I know people that purposely setup their businesses to not have phone numbers. They lose potential business, but they also work with people comfortable with email. These are usual clients that are great fits.

It takes patience to build success this way. You feel like you’re missing out. But once you realize that no matter what you do you’re going to miss out on a lot it might be possible to cut back on communication channels.