When Working As A Team Is A Bad Thing 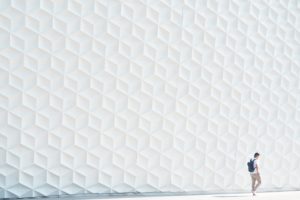 Back in college I had a class where the instructor assigned a fairly large project. We were put in groups of three and had a few weeks to finish the project.

I knew the other two people that were part of my team. We met to discuss the project and our early thoughts on it. It was probably partly my fault, but the feeling I took away from the meeting was that most of this was going to be on my shoulders. The other two didn’t seem too interested in really getting work done.

At least not right away. And I get that. Deadlines spur action and in this case the deadline was far off in the future.

We met a few other times over the next two weeks and nothing really got done. We would assign certain things to research and when we would meet I could tell that the other two would kind of rush their research right before our meetings. Again, those little deadlines would spur action.

Finally about halfway through the project I made a proposal. I would complete the project on my own and we would turn it in for the entire group. In return all I asked is that they each buy me a case of beer.

But what I really wanted was the freedom to finish the project on my terms. I didn’t want to have the pressure of the deadline weighing on me. I wanted to get it done a little at a time and do it well. Up to that point the other two team members felt more like anchors weighing the entire project down. And we had plenty of time to do the project so doing it alone wasn’t a huge deal.

We didn’t get a perfect grade on the project, but I remember that we did pretty well. And I was able to avoid the frustration for the final half of the project. The other two seemed perfectly happy not having to worry either.

Generally I’m a fan of teams. You would think that the powers and abilities of three people would be better than one. And that’s true for many things. If three people can lift 100 lbs each, then together they can probably lift 300 lbs. Something none could do individually.

And it’s the same in business. No entrepreneur can do it all. Some try to micromanage, but when that’s done the business is held back from the growth it probably could obtain.

But every once in awhile it’s better to forgo the team thing and do it alone. Especially when action needs to be taken. Some people procrastinate in sneaky ways. Ways they don’t even realize. Like setting up meetings. Asking for opinions. Just killing time while avoiding the action.

Do your best to recognize these situations and move on from the team thing as soon as possible. Or look for new teammates. Ones that fit with what you’re wanting to accomplish. You can only motivate and inspire people so much. Sometimes you have to cut bait and do it yourself.