When To Give Up On A Business Blog 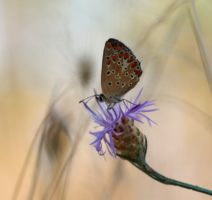 I love Jim Collins’ concept of Fire Bullets, Then Cannonballs.

I’ve tried to implement it more into my business and life over the last decade.

What Jim found is that successful businesspeople, and probably people in general, are ones that are willing to try just about anything. They know that they don’t know what the next great idea is. So they’re willing to test just about everything enough to build some data.

Then when they see that something has promise, they are comfortable betting big because the data is their. It’s not a blind guess. That would be firing cannonballs all the time. And that’s a good way to go bankrupt.

When it comes to business blogging, it’s a long-term play. We tell clients that it’s about 6-12 months of weekly blogging before you get the data you need to see the positive trend. It’s like compounding interest. Things don’t really start adding up until you’ve been investing consistently for awhile.

With that in mind, I think that’s a good timeline on when to give up on a business blog: 12 months.

After 12 months of weekly blogging you’ll obviously have about 50 posts. You’ll have enough to see what has and hasn’t been working. It’s a good time to assess if there are enough posts that are doing well so that you can go more in that direction in the coming year or even beyond.

It’s also a good time to assess the investment you’re making. That might be outsourcing. It could also mean that you’re assessing how you’re doing with the writing. After a year, you’ll see if you’re becoming more efficient with the process. You’ll know if you’re getting better as a writer. And that’s true also if the writer is someone on your team.

There could be other ones, but those are the two big ones we see. People don’t see the data there to continue or they don’t have the interest in continuing to write. Usually that happens after about on or two months. That’s not enough time to know if a business blog is for you. But after 12 months and 50 posts…you’ll know.

Usually there are three choices…

First, you decide to give up on the blog. Worst case, you still have those 50 or so posts on your blog forever. I still see often that those posts continue attracting traffic. Even without investment in more posts. It’s like putting money in the bank for a year and then stopping. It’s not like it goes away.

Second, you decide to continue with what you’re doing. Maybe you decide it’s worth doing for another year. More data. More time to compound, improve and see what happens.

Third, you decide to invest more. After a year, you can start digging into the analytics to see what’s working. If you’re seeing promise, why not invest more in what is working. It’s like finding a new business idea, testing the waters, seeing great signs and then going all in.

Business blogging isn’t for everybody. If you’re not willing to invest 12 months, it’s probably better to stay out until you are ready. That will be enough time to know if there is potential for success.