When Life Isn’t Clicking, Do Nothing 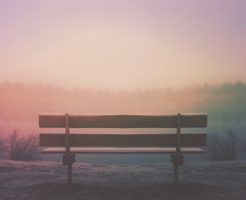 I’m in the middle of Jack Nicklaus’s autobiography.

By a number of measures, he’s the best golfer of all time.

Perhaps the best measure is Major Championships. The measure changed a bit in 1960, when Arnold Palmer helped create the “modern” major ideal. Prior to that it was typically accepted that a couple Amateur events were majors. Nicklaus had won two of those.

What’s really interesting, though, is that Jack had sustained success. Early in his career. Through the middle part and even in later years. In his mid to late 20s, he realized that he wanted to find balance in life. With family, with golf and with business. And also a little with fishing.

Whenever Jack would go into a “slump”, people in the press and in the galleries would often criticize this balance as the cause. You would think they would instead look at the success Jack was having and focus on modeling their own lives the same way.

The Art Of Taking A Step Back

There were a number of times in his career when Jack would struggle with his golf. It was often with his putter. When he was younger he would often practice and practice until something worked. And he would still do that later in life.

But one very interesting thing about Jack is that he would often stop practicing when he was struggling. If he found that he wasn’t getting anywhere and that he was feeling frustrated that he was better off just taking a step back. Spend time with family. Watch a movie. Go fishing.

Often, this would allow his body and mind time to focus on something else. His energy would come back. His drive to practice would even come back and he could come back to address the problem with his game with new focus.

And there was another benefit. Sometimes taking a step back would allow for serendipity to provide a solution. He might cast a line in the water and consider making a change to his putting stroke. He might enjoy dinner with friends and get a simple tip or comment that would lead to a change in his swing.

I’m a believer in the 20 Mile March concept. It’s about the successful team that went to the South Pole in the early 1900s. Multiple teams made the attempt. The successful one had a leader that set a goal of 20 miles per day. Both in good weather and in bad.

Sometimes in life it’s good to push through adversity. To try to maintain consistency in the work you’re doing.

People are generally good at that. It’s why we push through when we’re struggling with something. But sometimes it’s good, although contradictory to this concept, to simply stop what you’re doing. To take a break. To rejuvenate and then come back to the issue.

Jack Nicklaus even seemed to believe in this concept. He would set his golf practice routine very specific. He would stick with it. He would allow himself to stop when he finished the routine, even if he was struggling and not doing very well.

Working toward a goal or working on a problem through the rough times is great, except when it’s not.

One final anecdote on the benefits of stepping back…

Charles Dickens had seen success early in his writing career. But by 1842, he was suffering from financial and personal stress. His works weren’t selling. His wife was pregnant for a fifth time. Lots of incredible stress.

The typical feeling for one in that situation, especially today, would be to work through it. To pound out the work doing something until things got back to normal.

That’s not what Dickens did.

He began work on a book. And he completed it quite quickly, six weeks. It’s typically seen now that Dickens worked incredibly fast on the book. But not in the sense that you might think.

To create A Christmas Carol, Dickens would take long walks. Sometimes up to 15 or 20 miles at night. He wanted to allow himself to get away from his usual situation. He would walk the streets of London. He would observe. He did it at night, at least partly, to get a different perspective than he normally got in the day.

When you’re feeling stressed and not getting anywhere, try doing nothing. Or at least try doing something different.

Routines are great…until they aren’t. We can all benefit from a little change up sometimes. Even the best at what they do.