What To Do When You Hit A Blogging Roadblock 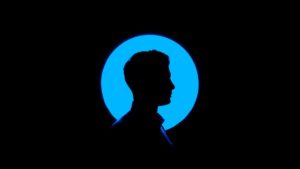 Life can be funny in its simplicity.

Three areas I’ve been interested in a long time have been sports, business and music. That’s not really all that unique, but something that’s stood out to me over those years is that the best in each of those areas often find themselves in ruts on occasion.

It’s inevitable. When you achieve some type of success you’re likely going to have a few periods where you’re not at the same peak. And that’s fine, but it can be frustrating.

In the quest to get better at whatever we’re doing we often look for new things. This is a good strategy to take in many aspects of life. You want to look for different ways to do things.

But life presents us with many paradoxes. While looking for new things it’s also good to keep an eye on the foundation of what you’ve built for yourself. The fundamentals.

The Fundamentals In A Career

Tiger Woods is famous for many things. Perhaps one of the most interesting has been his quest to change his golf swing. He’s had at least four different swing coaches over his career and each has changed his swing. Sometimes in drastic fashion. Tiger has experienced success with each coach, but an interesting thing about him is that he often goes back to fundamentals when he’s struggling. Things he’s worked on since he was a kid learning the game from his father.

It’s easy to fall for the trap that Steve Jobs came back to Apple in 1997 and instantly changed the company so that it was doing all kinds of exciting new things. But what actually happened is that Apple had been trying all kinds of new things for a decade plus. Jobs came back and actually slashed product lines and brought Apple back to the past with offering a few products for a few key customers. And it worked.

Music is similar. The styles are always going through cycles. During the 1990s, Alan Jackson was one of the most popular country singers. In the 2000s, he had continued success, but somewhere in the middle of the decade Alan changed things up a bit. He wanted to learn new things. And the album he released was really good. But it didn’t quite take him to new heights. So for the next album Alan went back to basics and wrote a bunch of songs about living the simple, good and honest life. The album was a huge hit and for a few years after Alan was as big as he ever was.

The Fundamentals In Blogging

When you’ve been blogging for a long time, for business or for personal interest, you try a lot of different things. This is a good way to go about blogging. You want to evolve. You want to keep learning. You want to stay with the times. You can have a lot of success by doing this.

You don’t need to recreate the past. But you can go back and use some of the same processes you used back then to create some great new content today and for the future.

In many ways life is more like a series of circles than just a straight line. We are always changing. We are always progressing. But some things seem to come around again. Tastes. Interests. All kinds of things.

If you’re stuck in your blogging it’s at least worth a shot to look at what you were doing in the early days. It could lead to some inspiration for what you can create in the future.