What Is Accountability In Leadership? 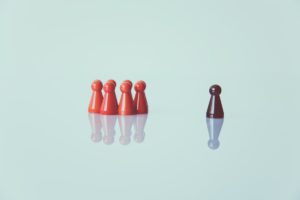 Accountability is a bit of a buzzword in the business field.

It seems to be a bit vague with how it’s perceived and carried out.

But generally…you know it when you experience it and you definitely know when you don’t see it.

I’m a Green Bay Packers fan. Wisconsin born and raised. Mike McCarthy was the coach of the team for nearly 13 seasons. He led the team to a lot of success. Upon his hire and firing, “accountability” was a popular term.

A quick search for “Mike McCarthy accountability” brings up quite a few articles.

Overall, I feel that McCarthy was a great leader. At least in public, he was very good about taking responsibility for results on the field and even off the field. He rarely mentioned a player or assistant coach by name in the media for anything relating to anything negative.

Now, nobody is perfect. But McCarthy is a good general representation of accountability in leadership.

When the Packers lost, Mike McCarthy would stand in front of the press and almost always take the blame for the entire team. When he was in public, he looked for areas where he could improve. Game-planning, calling plays, getting the team prepared, holding his players and coaches accountable.

We all have likely encountered people that encounter failure and immediately look to deflect the blame to others. Imagine the co-worker responding to a negative situation with something like, “Well, that’s not my fault.”.

Especially as a leader, there is always something you did wrong. Even if an employee is doing something wrong, you hired them or you kept them on too long or you didn’t give them the training or tools to accomplish their tasks.

McCarthy was very confident in the ability of his teams. I’m sure he knew what the reality was with each team, but he was always looking to get the most out of his team. He seemed to go into every season and every game with confidence and self-belief. In his players. In his coaches.

That self-belief, it seems, often comes from preparation.

Many of us have been in a culture of losing. Where things have gone wrong for so long that it’s nearly impossible to break out of it unless a confident leader comes in and completely cleans house.

I recently read Rough Mix by Jimmy Bowen about his career in the music industry. He said that once or twice he was hired to run a record label and he would immediately fire the entire staff. It was harsh. He knew that there were some good people. But he recognized that good people could be beaten down by a losing culture to the point where it wasn’t good for them to stay.

McCarthy’s staff was very stable during his tenure in Green Bay. He did change most of the defensive staff three years in. He probably should have done that again after another three years.

But in a very unstable industry, the NFL, McCarthy saw value in consistency.

Look at the least successful teams in the NFL and you’ll often see lots of turnaround. Lots of lurching from strategy to strategy.

Accountability is looking for ways to hold your team accountable while still offering a degree of safety. People value safety. If they feel is reachable they will work to maintain it.

Obviously you need to balance that with the threat of firing. But usually it’s good to show your team and others that may join your team that it’s a stable environment where things are typically very consistent for those that want to play by the rules and do good work and look to improve.

4. Firm Consequences Carried Out With Class

When someone on the Packers team pushed things too far from what McCarthy wanted, they were fired. I can’t say for sure how it was handled behind doors, but in public it was almost always handled with class. Especially by McCarthy.

And he was put in some awkward positions.

Perhaps the most famous situation was in 2008 when Brett Favre retired, after threatening retirement for several seasons, only to reach out to the team later to come back. McCarthy was the one that met with him. He told Favre that the team had moved on. It got much more awkward from there, but those decisions weren’t McCarthy’s.

In public, McCarthy had the unenviable job of treating the Favre situation with class while also working to build the confidence of his new quarterback, Aaron Rodgers.

When an employee doesn’t do their job repeatedly and you can’t figure out how to help them, you have to move on. It’s never easy, but it’s almost always the right decision. And even if it’s contentious, it’s almost always best to treat the situation with class.

You never know what the future will bring. It’s best to take a long-term view.

Brett Favre was basically fired from the Packers. He didn’t handle it with class.

Greg Jennings was basically fired. He didn’t handle it with class.

Mike McCarthy as fired. He handled it with class.

It’s never easy. Nobody is perfect. But there are examples of handling difficult situations with class.

Each season it always seemed that McCarthy had something a little different for the team to focus on. Some things would carryover. Other things would change. It helped to keep things fresh while remaining stable.

But no matter what, McCarthy believed that he would get what he emphasized. If it was important to him it would become important for his team. And if anybody wasn’t on board with the narrow focus, they would likely not be on the team long.

Accountability in leadership is about setting an example for your team. It’s about taking responsibility for the obvious and for things that many others would pass along. When you do this, you encourage everyone on the team to look for what they control when things go wrong. This leads to a culture of accountability and likely one of continuous improvement.