What If That Person Doesn’t Change… 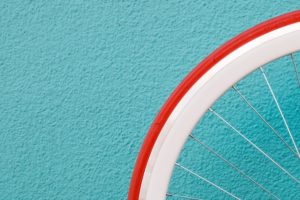 My favorite NFL team has always been the Green Bay Packers. So over my lifetime I’ve gone down just about all the rabbit holes around the team. Right around the time Twitter started, former Packer VP Andrew Brandt started an account on the social media channel.

Andrew worked for the Packers, I believe with their salary cap management, from about 1999 to about 2007 or 2008. Prior to that he was an agent for players. Today he seems to hold a variety of roles including as a lecturer at the college level.

Andrew said something a long time ago that still sticks with me. I’m probably paraphrasing, but essentially he said that in his career this statement has been true:

He often said that about players. Sometimes a player may cause an issue with one team and a new team will bring that player in thinking they can get the player to act differently. Maybe, but usually it works out about the same.

Are there people that change?

But it seems that it frustrates many when others don’t change. They’re doing something that we don’t like and we wish they would change. It may directly affect us. It may not affect us, but because we care for the person we want them to do something different.

But the overwhelming evidence suggests that most people don’t change most of the time.

So what if you make that your default assumption?

This works in a positive way too. You can see someone do something that meshes well with your feelings on life and business. It might be early. Maybe they don’t seem like they have the right experience or the same personality as past colleagues. But if the early impression is good it’s probably a good bet that things will go well.

There are a lot of ways you can take this. The overarching theme, though, is that people generally don’t change. If you observe certain behavior or values, just take it at face value. Good or bad, make your decisions as if that person will never change.

And here is a cool thing, if the person does change, you can reassess your opinions. You can tread a little further on those new assumptions. If they continue to perform the new behavior then you can start to change your expectations.

Values and habits are like large flywheels. It takes awhile to build momentum to get them going. And it takes just as long to get them to stop and go the other way.