What Does Making Fun Of People Accomplish? 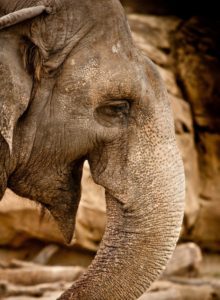 There is a period of my life that I’m not proud of.

I was a bully.

Making fun of a few others. It wasn’t good.

But I do think I grew out of it. It wasn’t a very long period, but it left a mark on the rest of my life.

Since that time I’ve really tried to treat people nicely. No bullying. No making fun. And I think I’ve accomplished it for the most part.

I still observe the behavior. I can’t fault anyone because I have been guilty of it myself over the years.

All I can ask is what does making fun of people accomplish?

What Does It Help?

We’re getting into football season and you’ll see a lot of this behavior.

Making fun of players that make mistakes. I do it.

You’ll see coaches lose their cool on the sideline. They’ll belittle a player in front of the team and fans.

What does it help?

Is that player going to have the incentive to improve when they feel so low?

Maybe a small percentage of people use a humiliating experience to improve, but I don’t think that happens in the majority of cases.

Or let’s say a worker is giving a presentation. They’re prepared. They’re smart. But maybe they’re nervous. The perspire a little. They slip up on a word here or there. Maybe they accidentally say a curse word.

It’s not helping anything.

Some of us can even convince ourselves that laughing at a person and making fun of them is helpful. We’re letting them know that they’re screwing up. We’re helping them to improve.

But more and more we’re learning that positive feedback is most helpful. That’s what Harvard found.

Let’s say you do the first draft of a report. Or a presentation. Or whatever…

Let’s say that someone tells you that the introduction is amazing.

That is great feedback. Positive and constructive.

How is it constructive?

When we hear positive feedback we have an incentive to do more of it. We’ll know that the intro was great. We’ll analyze what we did and we’ll try to replicate that feeling.

Our treats are compliments.

You need to balance positive feedback with critical feedback.

Many of us approach life thinking that people need to improve to fit our situations. But what if we approached people as if they all had something to offer?

And most people do. I won’t say that all people do, but it probably is pretty close to all. There is a lot to learn in this world and everybody is living in it differently.

I had a great CEO at my first corporate job. He was incredibly smart. He led the company to great heights. Yet he was always looking to learn things. He would walk around asking everybody in the building questions about their job. He praised them. He was looking to learn from them.

What a great outlook to have on life. He didn’t focus on mistakes so much. He didn’t make fun of people or look to make them look like fools. He looked to lift others up. He wanted to bring out the best in people.

I’m still working on this, but I think it’s a worthy goal. Looking at the positives in people instead of making fun of them.