10 Ways To Identify A Business Opportunity 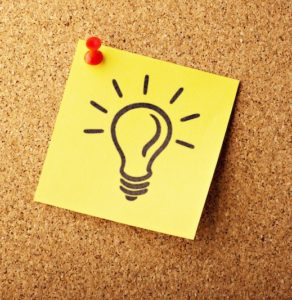 Usually my mindset when it comes to business opportunities is that ideas are cheap.

Everybody has a business idea.

It’s especially common to see a successful business and hear someone say, “I had that same idea five years ago…”

Or you’ll see a successful business and hear someone say, “That idea really isn’t that great…”

When it comes to business, the best ideas usually aren’t original. They’re usually not groundbreaking. And they’re usually successful because the founder(s) has been executing and working some kind of business for several years.

But with that said, you have to start somewhere. And somewhere requires an opportunity. Choosing a path with a good chance of working out and then working on the execution.

In my observation, here are some of the best ways to identify a business opportunity.

How to Identify Business Opportunities

This is pretty much how Ghost Blog Writers began. The first client reached out via a colleague and asked if I wanted to blog for their site. The second client was a CEO I followed on Twitter that asked about a ghost blogger. The third was from a job board listing I found where a person was asking for a ghost blogger.

I had those three clients before I even started thinking about Ghost Blog Writers as a business. I was just freelancing.

But even if you’re going into it thinking about a business, you can look through job boards to see what people need. And don’t just look at the positions that are needed. Look at the job descriptions. The tasks that are required or that the candidate will perform.

If you see a recurring task, odds are good you could start a business specializing in that task and sell your services to businesses.

For example, many businesses don’t look for a “blogger”, but they do look for marketing personnel with “blogging” as a required task.

Reality TV shows have really focused on flipping in recent years. HGTV is full of flipping shows including Fixer Upper. The History Channel has American Pickers. A&E has Storage Wars. They’re all examples of businesses created from flipping something.

There are numerous ways you can flip things. Houses and cars have been common ones. When I was a kid it was baseball cards.

Sometimes you make a best on something. You buy it now and hold it, thinking that the value will increase in the future.

Other times, you change it or repurpose it and sell it quickly. I know a guy that will look for cars on Craigslist everyday. He will find the right opportunities, buy them, make quick changes to the car like changing out a starter and sell the car for more than he paid and invested.

Some of the best ideas were copies. Facebook? Not a new idea. In fact, there were many social networks before Facebook. But Facebook copied the idea and executed better. They never crashed. They were never slow. They made it easier for people to see content in their news feed.

Ford? Definitely not the first automobile company. But they found a little niche that wasn’t served. They innovated on what an automobile was and found a huge customer base.

If you’re struggling for an idea, look at what seems popular. See where the managers are getting lazy or missing out on opportunities.

One of my favorite business stories comes from the deer hunting industry. It’s about Lone Wolf tree stands. The founder was a hunter. It was in the ’80s, I believe. He was hunting and couldn’t find a tree stand that served his style of hunting. He wanted to move his stand often. He need it to be small, easy to carry and easy to setup quickly.

That product didn’t exist. So he invented it.

Now, there was certainly some struggle to invent the solution. Usually the first prototype doesn’t solve the problem in the best way. But if you stick with it you can find something that works really well and that you can sell.

The reality is that if you see a frustration, for yourself or someone you know, the odds are very good that other people have the same frustration. Whether they realize it or not.

Sometimes the frustration can occur in a luxury world. You see something you can’t afford and are pushed to find a way to make it affordable.

5. Niche Of A Large Business

I like this one. I’m sure it’s always been around, but there are a few recent examples that stood out to me when they were first launched.

When Twitter first launched it was just the feed of Facebook. That’s it. They took one feature and really focused on that. They niched Facebook down and created a pretty successful company.

The same with Instagram. Just one feature of social networking. Niche it down and really make it incredible.

You could do this in the agency world. While agencies focus on many things. You take one of their services and really focus on that niche.

In business, many people focus on adding things. Features, services, etc. Maybe the real opportunity comes from having the discipline to niche down to one thing.

But you can still combine things to create new products and services as well.

And the trouble is that deer usually don’t stand still very long. So you get the range. Then set the range on your sight. Then shoot. By the time you do that the distance changes.

I found a sight that does them both. It uses the dimensions of the deer and you find the perfect range while looking through the sight.

Another example of combining things is the iPhone. You have a phone, camera, web browser, etc. It goes on forever. That makes the price tag seem small when you think about all the things you used to have to buy.

The key to combining is efficiency and ease of use. Find efficiencies so you don’t have to increase your price while you offer more. And make it as easy as possible for customers to use.

Attention is a big key in our worlds. Our attention is always on something. These days it’s often in an app on a smartphone.

If you can find a way to entertain, educate or both, you’re probably onto a business idea. The reason is that attention can almost always be monetized. If you have the attention, business opportunities will come your way. People will be paying for the attention you’ve earned.

It’s difficult to judge the timing of trends in the business world. For example, artificial intelligence has been discussed for at least a decade. But even today it’s not a huge part of the daily lives of most people. Those that invested in AI 10 years ago, at least on a small business scale, are still probably waiting for returns.

But you can look at what early adopters are doing. There are early adopters for just about every technology and trend. It’s about 1% of the people in the world that like to be early on whatever possible. You can look to them to see what they’re doing. You can read articles and listen to podcasts about the cool new things in the world.

Pay attention. Don’t necessarily act right away. Wait for a little more indication that the trend is heading to mainstream. Usually it will be when more people start using it.

Many entrepreneurs overlook fading industries. But there can be incredible opportunity. Usually when something is fading there are many people losing interest. And there is little new competition getting into the space.

You can buy a fading business, perhaps with a retiring owner, and keep things status quo and keep raking in cash until the business fully fades away. Usually these businesses are pretty airtight, but there might even be a little room for more efficiency.

The Internet allows many industries to sell directly to consumers. There are still, however, a number of industries that rely heavily on physical retail. Which is fine. But it also offers an opportunity.

Two areas where I see it are golf and archery. Traditionally and even today, you typically have to visit a retailer to get fit for new clubs or a new bow. It kind of makes sense. But there is really no reason that you couldn’t setup a website to help someone get out a tape measure, take a few measurements and order the right fitting product.

Business opportunities are all around. But that is also the frustrating part. It can seem like everyone has an idea, but you. In my experience, it’s not worth stressing about. You don’t have to invent something from scratch. Something nobody has thought of. Just find an existing idea that fits your personality and go with it.

That makes me think of one more opportunity. Just buy an existing business. Many great entrepreneurs did that. You could work for someone that is nearing retirement and that doesn’t have kids interested in the business. Most owners in that situation would be happy to work out friendly payment terms if it means their legacy will live on.