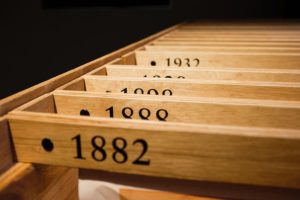 Maybe the seven-year itch is the one that’s true.

But some time ago, probably on his Netflix show, I heard Jerry Seinfeld talk about his sitcom.

I believe the other person asked Jerry why he ended the show after nine years. Arguably at the peak of the show. Great success. Still a thirst from the fans.

Jerry responded in a pretty simple way. He said something to the effect that the Beatles were basically together for nine years. Maybe not exactly nine, but right around there especially if you count Ringo joining in 1962 and the band running pretty much through the end of 1970.

Musical tastes are another interesting aspect of the nine-year itch. If you go through history of your favorite genre or genres, especially in pop music, you’ll see tastes changing dramatically about every nine years. It’s really weird actually.

I’m a fan of country music and that’s definitely the case. Sure, there are artists that come along and kind of break the current mold. But they usually just start the shift. Then the real tide changes a couple years later and things coast along on that wave for about nine years.

Apple launched the iPhone in 2007. It really started taking off in the next year or two. It’s interesting that this Bloomberg headline came out in 2018: Apple’s Business Is About Services More Than New iPhones Now

Look at just about any business that has been around for a long time and you’ll see similar things. You’ll see that successful companies are able to adapt. They’re able to find new things to jump on for another wave of success. They always have little experiments going on. Many that won’t lead to anything new, but enough little experiments to find something that will work; something they can go all in on like Apple with new services.

Bill Walsh, former head coach of the San Francisco 49ers, is famous for a lot of things. But one of his lasting legacies is his belief that a head coach shouldn’t stay with one team for more than 10 years. Walsh did what he believed. After winning his third Super Bowl with the team in 1988, he retired.

The crazy thing is the next year the team won another Super Bowl with their new coach. You could look at it and say that Walsh quit a little too early. He could have had another championship. But he looked at it as the team needing a new voice. A new energy. His Successor, George Seifert, would coach for 8 years with two Super Bowls and three additional NFC Championship appearances and zero losing seasons.

I’m sure this has something to do with the natural progression of life. Or of time. Or generations or whatever. Maybe it’s just human nature to want things to change even though we often resist change in many ways. We’re kind of programmed to shake things up every nine years.

I think a big takeaway from this is that things will change. The ones that seem to find success for the long-term are the ones that are willing to accept that fact. They maybe don’t change everything about themselves, but they will make a change about every nine or so years.

As an example, perhaps the most successful country artists of all time is George Strait. Basically three decades of superstar success. From 1981 to 1990, he did pretty much the same things. Building on what was working.

Then things got stale for a year or so. Even his producer, Jimmy Bowen, said this. So George started working with a new producer, Tony Brown. Their first album was a soundtrack to Pure Country. George was in the movie, his first. A huge shift in his career. He was still making music, but he went to a new level of superstardom with that album and movie and it carried over for another several years.

Years later, George made another change. He started writing songs with his son. George hadn’t recorded one of his own songs basically his entire career. But this change seemed to rejuvenate him. It led to more success.

Call it rejuvenation. Call it changing with the world around you. Call it trying new things and continuing to grow.

Call it whatever you want, there is a real occurrence in life with the nine-year itch. We’re all going through it. The trick for lasting success seems to be about remaining flexible enough to adapt and be open to new opportunities. To get out of the comfort zone.