The Most Valuable Things Every Boss Should Know 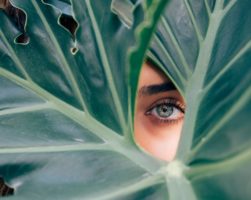 It’s always difficult to know the preciseness of surveys. But when a survey comes in this lopsided, you can pretty much assume it’s at least leading to some kind of truth. And the truth of that survey is:

Lots of people dislike their boss.

And that’s understandable. I can see it from both sides. I’ve had bosses that I’ve loved and I’ve had ones that were just so-so. I’m sure plenty of people have felt the same about me.

It’s not easy being a boss. You’re busy. You’re trying to please a lot of people. You have probably have a boss of your own. You’re trying to keep your team happy and productive. And you’re worrying about customers.

These few things are just meant to help you if you feel like you’re missing something when it comes to that entire puzzle.

This might not be true for all situations, but I’ve noticed it in quite a few. And I’ve tried to watch myself when it comes to talking to my team about the work they’re doing.

I try to remind myself that a person can write an amazing blog post that is 99% awesome and I’ll make just one little critique. It seems fine in the moment. Just fix that one little thing.

But if the writer does 100 posts and they’re all similar in that regard we’re talking about 100 little critiques. And those add up in a person’s mind. They start to wonder if they’re any good at what they’re doing.

Bosses often have a lot of things going on in their minds. They’re coming up with plans. They’re listening to the team and getting ideas for things. They’re hearing suggestions from customers and maybe from their own boss.

Sometimes it’s common to think about something so much that you assume others around you are thinking the same thing. Or maybe you think you told others what was on your mind, but in reality that never happened.

Try not to assume that people know what you’re thinking. If you’re not sure, tell them again.

You’ll see this all the time in sports. The NFL is the most popular sports league in the US and you definitely see how reliability comes into play. With players and with coaches. A coach almost always prefers a player that will be reliable and consistent over a player that shows flashes of huge potential.

And you can see the players that are affected from an unreliable coach. The players want to know also that they can depend on their coaches to do a certain thing in a certain situation.

Make being reliable and consistent part of your routine. It can become contagious in the workplace and that’s good for all involved.

Confidence is important in a lot of fields. Not having it can lead to poor performance even if you’re capable of doing pretty good work.

I see it in the golf world all the time. Players that are perfectly capable of doing well even if they’re not at their best can perform terribly due to lack of confidence. They feel unsure of where the ball is going. They start seeing more hazards. They make poor swings.

Try to remind your team of what they’re doing well. Try to build their confidence. Getting people moving in this direction can drastically improve performance.

5. Talk Does Not Equal Action

I can see it in the face of my toddler. If I say something and then don’t follow through by the end of the day she is very disappointed. It’s like I broke her heart a little bit by making a promise and then breaking that promise.

It’s easy to talk about doing something in the office. You say you’ll stop down to see a team member and talk to them about something. Then you don’t do it. You just let them know you’ll do it tomorrow.

Their heart breaks a little bit. Obviously they’re an adult and they will be an adult about it. But we’re all human and even if we don’t show it, those things affect us.

6. Habits Are Hard To Break

Two times is a pattern. It’s a habit. And habits are difficult to break.

It could be yourself. If you see yourself doing something not quite right in the workplace two times it’s probably something to really dive into and consider a plan for change.

And it’s also true about your team. If someone does something twice it’s unlikely that they will stop doing it in the future. Unless there is a strong plan to really get them to change course.

7. You Can Learn From Your Team

My best bosses by far have been the ones that weren’t know-it-alls. They tried to learn from every situation they came across. They learned from reading, watching and interacting. They even took the point of view that they were going to learn from their employees.

It’s not easy being a boss. But it’s also not easy being an employee. It’s the boss’s job to try to create an environment where everyone has an opportunity to succeed. Hopefully these few tips can help you get started in the right direction if you’re looking to change some things.