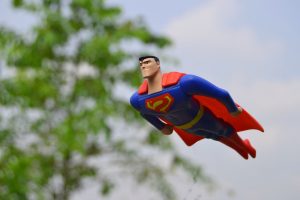 Hero worship is excessive admiration for someone.

For kids it might be a super hero they see in comic book movies.

For children a little older it might be a parent or adult.

For young adults it might be an older sibling or friend.

For adults it might be someone in their field of work.

For successful people…well they usually don’t do hero worship…

Future successful people often look at those that have been successful. They watch closely. They read. They then mimic and put what they learn into practice. They make tweaks. They look to improve upon what they’ve learned.

And really they never stop doing this. They’re always looking for ways to improve. And one of the best ways to do that is to continue to look at others for inspiration.

But others sometimes look to successful people in admiration. They don’t learn form what they’re seeing. They remain in a sense of awe.

Maybe it’s because success is scary for a lot of people. We see others doing something and think that they must be special in some way. We think that there is some secret that they figured out and that if we even tried we would fail miserably so we don’t even attempt to put ourselves on their same level.

Or maybe we sometimes realize that we could be at the same level as our heroes if we only put in the time and work, but because we’re too busy there is no way that we would ever be able to do it.

Those excuses are just a form of fear or procrastination or both.

A common one that I’ve heard multiple times is someone that wants to write the next great American novel. They like talking about it. They like reading novels and admiring the authors. They figure they could do it, but they’re too busy.

It stays in the dream state. Safe and sound without the fear of actually writing something and learning from the effort.

Tiger Woods was 20 years old when he turned professional and started playing on the PGA Tour. He wasn’t cocky and rude, but he was confident at the time. He said that he was out on Tour with the goal of winning. Right away. He didn’t expect to wait to win.

Other Tour pros didn’t like it. They wanted Tiger to go through the same struggles that they had gone through.

Tiger won twice in his first eight events his first year. The following year he won The Masters and was #1 on the money list.

If you’re looking to become successful or more successful than you are now a big part of taking the next step is to change your mindset. To believe that you belong on the level of those that are already at that level.

You can believe that there is a difference between you and them. But believe that you can make up the difference with time and effort. The moment you believe anything else is the moment you’ll determine your status as just being at the level you’re at now.