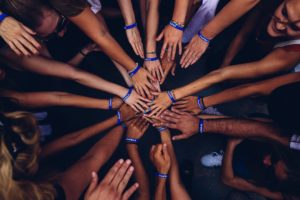 The most talented team in the NFL rarely wins the Super Bowl.

Obviously talent is required in order to be successful. Teams that lack talent don’t get very far.

But after a certain point, the talent level of a team starts to plateau and the cohesiveness of the team becomes very critical to success.

The NFL is a great case study in roster building. The system is setup to encourage parody. The worst teams this year get the highest drafts choices the following year. In theory, the worst teams get access to the best talent.

A few more teams have been to the playoffs and conference championship games repeatedly.

If the NFL is setup to make sure that the talent goes to the worst teams, why do a select few teams keep winning year after year?

There are multiple reasons, but one of the key reasons seems to be team leaders that understand the importance of building a winning roster versus building a roster full of talent.

As you look back at Super Bowl winning teams, it’s difficult to find one in recent years that had a Diva Wide Receiver. Randy Moss is an example. Incredible talent. Often drew attention in very negative ways on and off the field. His rookie year, perhaps when he was keeping his ego in check, his team nearly went to the Super Bowl. In 2007, after a few sub-par statistical years and probably when he was keeping his ego in check, he had a breakout year and his team, the Patriots, nearly won the Super Bowl.

Football is the ultimate team game. Anytime there is too much talent in one area, other areas suffer. The more balanced the team, the more success they likely have in the long run.

That’s roster building. And it’s not easy. The temptation of talent at one position is incredibly high.

But the most successful franchises are able to recognize when the balance becomes skewed. They’re able to make difficult decisions with personnel to fix the balance. Getting rid of players. Filling holes not with the most talented player, but with the player that fits the role the best.

Another way to think about it is with poker. There is a line in the movie, Rounders, that goes:

Why do you think the same five players end up at the final table at The World Series of Poker every year? Are they the luckiest guys in Las Vegas?

No matter the hand you’re dealt, it’s about filling roles with people that can do the job without throwing the balance off for the rest of the team.

When building and managing a team, make sure you’re not taking on talent to the detriment of the whole. Talent is great. It’s necessary. But only to a point.