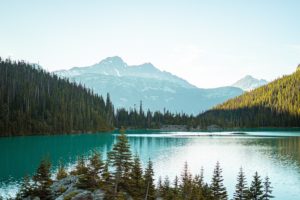 When I think back on the most rewarding times in my life it’s always been a moment when I’ve been alone.

Or even if I was around others and even celebrating with them, it seemed like I was on my own. I’m not sure if that makes sense, but it seems that this is common.

I have definitely not been perfect at it, but I think a key to success and happiness in life is finding internal appreciation for certain accomplishments. It’s not that it’s unimportant to do things that others recognize as a job well done. It’s just that seeking out the recognition of others can lead to some negative places.

If you’re ever wanting to read a great biography I would recommend the two-part one on Frank Sinatra. It’s like 1,400 pages that go into detail on his life. All the good and all the seemingly bad. It’s surprisingly a pretty quick read where it doesn’t feel like it drags along.

A great part comes at the end of the first part where Frank receives an Academy Award for his supporting role in a movie. It was the start of his comeback in show business. The incredible thing is that Frank never liked being alone. He always had people around him. But at this moment, which was perhaps the most important of his career he just let the buzz die down and late in the night he went for a walk on the Los Angeles streets…alone.

Sure, the recognition was great. But Frank knew that he had done a great job in the film. Heck, he had pursued the role tirelessly for years trying to convince the director and producers to cast him in the role even though he was seemingly through in the eyes of the entertainment industry.

Frank didn’t need recognition for that role. He did it because he knew he could do a great job. He knew that alone would lead to a great future. He didn’t do it for the recognition.

There is a timeless saying in life: You get what you give.

But the really successful people know that the first part is the most important. The more  you help others succeed and the more you keep your head down and do the work, the more success you experience in the long run.

That is real job security. If you consistently lift others to success you’re going to be in demand. Even if you have to start over a couple times you’re going to find yourself in demand. Word will get around that you’re someone that makes others look good.

All Levels Of Success

Sure, you can take credit for making your customers look good. That will make you feel pretty good for a short while. You may even use the case study to earn some new business.

But if you consistently make your customers look great, word will get around. Especially if you’re humble about it.

The best things in life are often the things you don’t get credit or recognition for. And it doesn’t matter because you feel good about it. And the opportunities that come from it are usually the best ones.

Seeking recognition or doing things for others is not entirely negative. But it can lead to living a life reliant on the approval of others. And that’s really something that is out of control. You can’t control what other people like all the time. It can drive you crazy.