Most Things Are Subjective 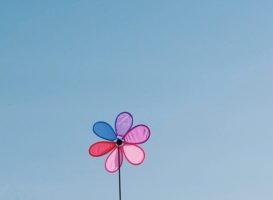 Social media has been great for many things.

But like with most things in life, you have to be careful about both sides of the coin.

There are mostly great things on social media in terms of feedback. Say, for example, that you go on a family vacation. You share the photos and get lots of interaction from your friends. They love it. They comment. All kinds of good feedback.

That’s probably most of what you get, but then once in awhile you’ll get the negative stuff. Maybe you post an image of you tossing your child in the air. Totally fine. Nothing serious. But a few parents chime in that what you’re doing is dangerous and it makes you feel like a bad parent.

That’s just one example. We also do it to ourselves and it’s mostly not on social media.

It often comes with work. We see what our friends and colleagues are (seemingly) doing with their work and we wonder how we compare. In that mind frame, every little professional setback makes us feel conscious and critical.

Here is the secret….

Most things in life are subjective.

How you’re doing at work should be compared against yourself. Your own goals. Your own progress. Sure, there will be setbacks, but even setbacks can be compared to your previous setbacks.

Usually in the long run we make incredible progress. But we get caught up thinking that life is some game of objective point keeping.

Even in sports, which are often seen as objective, there are different forms of success. You might have a team that loses a football game by two touchdowns. On the surface that might seem like a loss. And it is, but if you dig deeper it could be a really great victory even for the losing team.

Bill Walsh, the incredibly successful football coach felt this way about his first year with the 49ers. The team went 2-17 in 1978. Walsh was hired to turn things around and in 1979…the team went 2-14. Most saw it as a failure, but Bill saw it as progress. He could see indicators that the team was improving and two years later they won the Super Bowl.

Most things in life are subjective. Depending on how you look at it, most things are successful.