Look For What You Can’t Teach 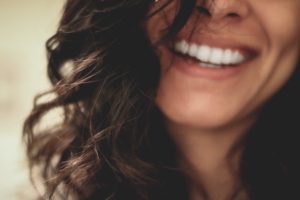 I’ve always been fascinated by entrepreneurs.

Of all kinds, but for some reason I sometimes dip into those in the entertainment industry. Maybe it’s because they have something in them that makes them want to be seen and heard. So they get involved in these biography projects.

Anyway, one person that has fascinated me for a long time is David Geffen. He didn’t just get lucky one time with business. He was successful as a music manager. Then as a music publisher. Then as a record label executive (Asylum). Then he got into movies (Warner Bros.). Then he got back into the record label business (Geffen). Then he launched a huge movie and music studio (DreamWorks).

While reading Geffen’s biography, it was noted that he was inspired by reading about famed movie executive Louis B. Mayer, who built MGM into the biggest and best studio in the 1930s into the 1950s.

So naturally I found a biography about Mayer. He was an interesting character. Like all of us, he had his flaws. And he wasn’t necessarily an entrepreneur in the truest sense, but he was in charge of that studio. A huge studio.

He had many talents, but perhaps one of his best was his ability to find stars. He had a seemingly innate ability to find people that could become movie stars and handle all that comes with it.

Being a skilled actor is one thing. Being a movie star is totally different…

Mayer setup a system so that his team would look for all kinds of potential stars. They would do some vetting and they would bring the best of the best to Mayer. And he would examine them and decide if MGM should put them on contract and turn them into a star.

This system worked incredibly well and as time went on it became more successful because the stars wanted to come to MGM where they were paid well, treated well and given the best movie opportunities.

It may have been a skill built on his circumstances. It may have been due to conscious decision. But Mayer knew how to examine people. For looks. For personality. For presence. For style.

Also for drive. For commitment. For depth of character.

To Mayer, these were the things that couldn’t be taught.

At MGM, they had teams for everything. Acting classes. Singing classes. How to dress. How to eat. How to talk. Plastic surgeons. Psychologists. All kinds of things for just about anything that a movie star would need to learn.

Mayer made it his job to find what couldn’t be taught.

It’s not a straightforward answer, but the key for every leader is to figure out what can’t be taught that is important for success in your organization. Look at the people that are the most successful. What common threads do they possess that seemingly can’t be taught?

That’s how Louis B. Mayer built a movie empire. That’s how most successful organizations are built.