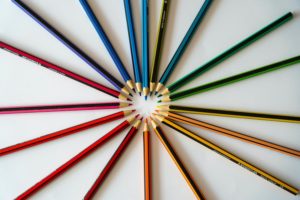 Bob Harlan joined the Green Bay Packers staff in 1971. The team was still riding high on the success of the 1960s. They won the division in 1972. But they would not win another division title until 1995.

In 1989, Harlan was promoted to team president. The team did well that year, but then began to struggle. Although the coach and general manager had done fairly well, Harlan saw the writing on the wall and made a change. He hired Ron Wolf in late 1991 and let him get to work.

In the 1992 NFL Draft the Packers had the 5th overall pick. Ron Wolf selected Terrell Buckley. Buckley had speed. He was young, but a player with a lot of potential at a very important position, cornerback. In fact, Packer fans know that in the third game of the 1992 that Brett Favre came in and led the team to the winning touchdown. But earlier in the fourth quarter of that game Buckley took a punt return back for a touchdown to keep the Packers within striking distance of the win.

But Buckley struggled in Green Bay. He was short for the position. Especially in a division with a lot of tall receivers like Herman Moore of the Detroit Lions and Cris Carter of the Minnesota Vikings.

Ron Wolf recognized his mistake and traded Buckley after the 1994 season, which is very unusual for such a high draft choice.

Wolf said, “We made a commitment to ourselves,” Wolf said. “If we got to a situation where we selected someone high that couldn’t play, rather than prolong the agony for both of us, let’s bite the bullet and move on.”

Tthe move allowed the team to draft another cornerback, Craig Newsome, who would go on to start right away and have an interception in the Super Bowl in 1996.

Buckley was the first pick for a new general manager. It would be easy to get the feeling that you need to stick with your decision in that situation. But Ron Wolf had the drive to make the team better no matter what. He saw his mistake and didn’t wait to move on.

It is a nice note that Buckley did go on to have a long career in the NFL and is now regarded as a great cornerbacks coach in the NCAA.

Hiring A New Coach…For One Season

The Packers would have success in the mid ’90s until coach Mike Holmgren left for Seattle where he became both coach and general manager.

For the 1999 season, Ron Wolf was set on hiring Ray Rhodes as the new head coach. Rhodes had been in Green Bay in 1992 and 1993 as the team’s defensive coordinator before leaving for the same position in San Francisco in 1994 when the team won the Super Bowl. He was then hired in Philadelphia as the head coach where he had mixed results.

Ron Wolf was very excited about Ray Rhodes. But the results never came on the field. The team went 8-8 for its first non-winning season since 1991. And even for that record the team relied on some last minute comebacks from Brett Favre.

Toward the end of the season Wolf could see his mistake. He fired Rhodes after the season.

Wolf said, “Is he a different coach than I thought he was? Well, yes. The answer to that is yes,” Wolf said of Rhodes. “What I think we have to have here is a well-disciplined, tough, hard-nosed football team. That’s the way you’re successful in this business. We have to develop that. We have to get that here. We don’t have that here.”

It’s very unusual for a coach to be fired after one season. It’s also unusual for a leader to make a change of that importance that quickly. It’s an admission that the leader was wrong. But Wolf wasn’t worried about admitting his own failure. He wanted to make the team better.

Wolf then hired Mike Sherman. The team went 9-7 the next season and then had back-to-back division titles and 12-4 records.

It’s not easy being a leader. One of the reasons is that you have to put the organization you’re leading ahead of yourself. And mistakes will happen. How you handle those mistakes is critical. If you recognize a mistake and fail to do anything about it you’re being selfish. The best leaders are those that see failure, make a change and get back on the right track. They don’t worry about their egos. They worry about the organization.