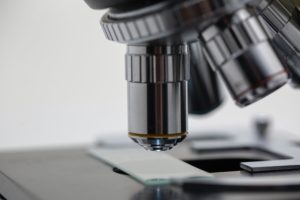 First impressions never die. Think about a significant other. You can likely remember the very first encounter you had with them. Good or bad, it sticks with you. Now, it may not entirely define your entire view on them. For example, the first time you met them it may not have went perfectly and you were still interested in continuing the relationship.

But the memory remains.

This can be even trickier with people that you will likely see in the future, but maybe not that often. Such as a colleague or vendor at work. The first impression you leave will have a lasting impact especially if you’re not able to show them more of your behavior.

But even with all of that in mind you also don’t want to overcomplicate first impressions. It’s good to keep it simple while still being honest about yourself.

Here are a few things to consider.

1. Be Positive About Life

People are attracted to positive people. And it’s rather easy to tell if a person is excited and positive about life when we first meet them. They may smile or frown. They may offer an enthusiastic introduction or may just mutter under their breath.

You can talk about seemingly mundane things like the weather or work or whatever. But there is always something positive to focus on in those areas of life. Even a rainy day can offer something positive. Such as the ability to bring out your favorite umbrella or rain boots.

2. Be Positive About Them

Sometimes you might try to build yourself up by bringing another person down. You may not even realize you’re doing it. The person you meet may mention that they were late. You may say to them that you never like being late.

That seems harmless, but even small comments can make for bad first impressions. You may even leave that situation feeling good because you asserted that you’re rarely late. But the other person will leave feeling down about themselves and that will reflect poorly on their memory of the situation.

So in any first encounter, try to focus on the positives about the other person.

The first impression often occurs before you even open your mouth. Dress how you want to be perceived. That gives you the freedom to influence how others view you. We all make judgments based on appearance. They’re not always correct. Just like everything about a first impression.

And the simple part can be important. Going over the top in anyway, say wearing a flashy tie, can distract from the other aspects of the first impression.

There is a famous story about the rock band, Van Halen, where they asked for brown M&Ms in their dressing room at every concert. Only brown M&Ms. For awhile, people thought the band were just being typical rock stars with weird requests. But the reason for it was to test the ability of the concert venue to follow instructions. If the band walked in and didn’t see a bowl of only brown M&Ms they would have the team double check everything on and around the stage including pyrotechnics. Just to make sure nothing was overlooked that might lead to disaster.

For first impressions, you want to start with small talk. The weather. Work. Hobbies. Things like that. Just the basics. This is how humans test a potential relationship or even a potential deeper conversation.

Small talk is a test. You want to pass it so you can get to more meaningful discussion.

This is one I struggle with sometimes. I ask too many questions. Both in first encounters with someone and in other situations. I don’t know if it’s curiosity or a tendency for annoyance, but it’s something I have to work on.

Anyway, asking questions is a good thing. You want to show the other person that you are genuinely interested in them. But don’t overdo it with too many questions or questions that get too deep too soon. This will bring in the risk of having a poor first impression.

First impressions are important. You can get past them if they don’t go well, but they will still linger if the relationship continues. So it’s good to put some time into considering how to go about them and then actually practicing in real life. The better you become, the better relationships you are likely to have. And the more people will likely want to work with you.