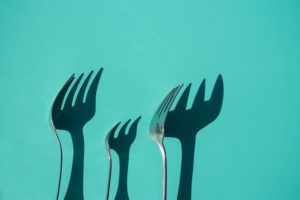 Facebook has always tweaked its feed over the years. The feed has always been one of the most important elements of the social network.

People login and they see what their connections have been doing since the last time they checked. Pretty basic. Over time businesses started getting on Facebook to grab some attention from people. So it’s been Facebook’s task to make sure that people are seeing what they want to see on the feed.

The recent change was about adding more personal things to the feed. Now people see more updates from friends and family and less from businesses and organizations.

Something else that’s changed in the last few years has been the smartphone. The feed seemed to become even more important with smartphones.

Now people seem to have even more access to the social network. They have their phones on their person all the time and they can check and check and check the app as much as they want.

And Facebook is one of the most popular apps on smartphones.

According to new research, Internet users (in Canada) are checking Facebook very often with 54% saying they check it at least daily and 71% say they check in at least a few times each week.

The next closest on the daily checking level is YouTube, which 23% of Internet users in the study said they check daily. So we have two of the biggest apps or websites on the Internet and Facebook is double the daily check-in that YouTube is.

When I’m with people and they’re checking their phones it’s not uncommon for them to check email and Facebook every time they open their phone. They might check texts and messages and things like that, but they’re also seeing what’s been going on with friends on Facebook since the last check-in.

The interesting thing for marketers is that it’s not just a particular age group either that’s checking in daily on Facebook. It’s a pretty even split between men and women with women at 28% and men at 24%. Older people actually check-in with Facebook daily a little more often than the youngest group, but it’s pretty even across age groups.

So what’s the takeaway strategy from this information?

The big one is that people are checking Facebook all the time and if you want to grab their attention you have to likely be publishing on your Facebook page more often.

That’s been one of the suggestions I’ve made over the years on this blog when it comes to social media. By watching people become successful with social media it really comes down to a few things.

First, you have to be famous or recognizable before you start using social media. If that’s the case you already have a built-in audience that will interact with you.

Second, you have to be an early adopter and if that’s the case then people don’t have as many people to follow and you can build a really good following on Facebook. But even early adopters publish often.

Third, you have to publish often. The more you publish the more content you give people to consume and the more likely you are to build a following.

When people are checking in daily (or possibly even more often) they’re not going to see everything that’s been posted. If they have a number of friends on Facebook and if they’re following businesses and organizations and all that they are going to have tons of content in their feed.

Chances that your business’s one update will be seen are pretty low. And it’s lower as we saw last week with the changes to the feed. The way to overcome that is to update your page at least daily and probably multiple times per day.

What should you be sharing?

The final takeaway here is to find a balance that works for your business on Facebook, but if you want to get more engagement and more followers, then you need to share at least daily and likely even more than that. The businesses and brands that do well on Facebook (and other networks) are usually sharing more than their competition. It takes commitment to share that often on Facebook, but if you can stick with it you’ll see the rewards.