Is Underconfidence Hurting Your Success? 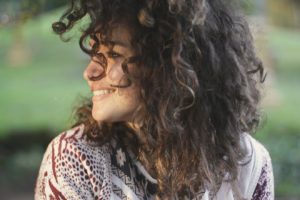 Sometimes underconfidence can pretend to be humbleness.

It’s something I’ve struggled with at times.

I think I’m using a good character trait, humbleness, when I’m really underconfident in something.

Humbleness, it seems, is the ability to properly assess where your abilities or achievements rank relative to what else is going on around you in the world.

Underconfidence, however, is feeling that you’re not capable of something. And if you’re underconfident it can have negative influence on your success and progress. And for anyone in business, if you’re not growing you’re dying.

When it comes to success and progress we know that we have to push ourselves.

One of the things I’m most thankful for in life is hearing successful entrepreneurs just about always say that their biggest regret in life was not doing something sooner. Not starting their business sooner. Not launching a product sooner. Not hiring a salesperson sooner.

Don’t procrastinate. Don’t use underconfidence as an excuse.

You could be satisfied with where you are. We naturally tend to feel more motivation to protect what we have than to try and achieve more.

Entrepreneurs have to fight complacency all the time.

Feeling underconfident in your ability to lead to something new fits in with complacency. If you feel underconfident you won’t have an issue feeling complacent. You’ll be comfortable. That will always hold you back from success.

This one is worth calling out on its own even though we’ve mentioned it a couple times earlier in the article.

There was a psychology article that I read several years ago. I can’t find it and link to it today, but it was about a study about people in their 50s, 60s and older and how they made decisions when they drive.

You probably have encountered an older person driving and probably driving slow and making slow decisions.

The hypothesis in the study was that the reason for the slow decision making was lower brain ability. But that wasn’t what the researchers discovered.

They discovered that most older people made slower decisions for fear of failure. As they got older they were almost paralyzed by the fear of failure or shame or whatever.

And it doesn’t just happen with driving. It happens in business. Entrepreneurs have to see it and work around it.

What’s the worst that could happen?

Look for ways to build your confidence. It’s obviously a balancing act. You don’t want to be overconfident in your abilities. You want to learn new things and build your competence.

Look at the things you’ve achieved. Be proud of what you’ve done, but keep growing for the future.

You probably know someone that has gone through this. They grow and grow and when they retire they slowly go the other way. They slowly die.

The moment you stop growing in your life and in work you’re going to start dying.