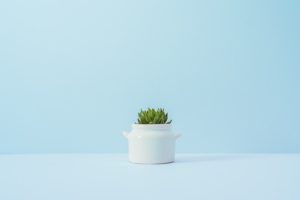 I just finished the autobiography of David Geffen.

There was a lot to learn as an entrepreneur.

One thing I didn’t even mention was that David Geffen was something of a minimalist.

Yes, he bought a lot of flashy things. But he rarely splurged in the sense of losing money. He had a very shrewd outlook on spending especially when it came to his businesses.

One of the best stories was when he furnished his new record label with secondhand furniture. I think it was Geffen Records in the 1980s, but it could have been Asylum Records in the ’70s or it was more likely probably both.

But in the ’80s, he was worth tens of millions of dollars. And he had Warner Communications backing Geffen Records.

But Geffen was still frugal. He didn’t hire for the sake of hiring. He liked to keep a small staff and small overhead.

Here is one take:

Minimalism is a lifestyle that helps people question what things add value to their lives.

Minimalism is a way of eschewing the non-essential in order to focus on what’s truly important, what gives our lives meaning, what gives us joy and value.

What Minimalism is really all about is reassessment of your priorities so that you can strip away the excess stuff — the possessions and ideas and relationships and activities — that don’t bring value to your life.

Pretty much the same theme going on there: Value.

I like that the second one talks about joy and meaning, but I guess those could fall into the “value” category.

In the ’90s, he was good friends with Calvin Klein. But Klein’s business was in trouble. Geffen stepped in to help them not only with money, but also with his assessment of the business. He helped them realize that they had some excesses. A corporate jet. A manufacturing arm that wasn’t profitable.

Types Of Minimalism In Business

I have a good friend that I’ve known since Freshman year of college. Actually, it’s two friends I met in college that married each other.

She works in medical administration. Her recent job was to come on board at a growing company and help them streamline their operations.

The company is a great story. Two people in the medical field that thought they could create better facilities than the ones they were working in…and they did it!

But they were a doctor and a nurse. Not really any previous experience in business. And that’s fine.

But over time things got out of control with the operations. I think we can all relate to that. You get so busy with urgent things that you forget to step back and assess the operations.

This business had a policy of checking with HR before setting an out of office. Is that really necessary? Probably not, but somewhere along the line something happened and the policy was put in place.

Anyway, there are different types of minimalism in business:

Obviously those things can be great.

A corporate jet can save a business an incredible amount of time.

A policy can make a specific operation more effective and efficient.

A new product can be incredibly profitable.

But a lot of times these things take away from the core of the business. They slow the business down. They make the business less profitable and less appealing to new customers.

Steve Jobs is an example of the Offerings situation.

He drew four quadrants on a board. Apple had grown to have a large number of offerings. Jobs cut them all except the essential.

Two products each: Desktop and Portable.

As a result, the company became more valuable than ever.

The goal of minimalism in business is not to stunt business growth. It’s to focus on the core, on what’s valuable and use the strategy to grow beyond what was previously possible.

Step 1. Assess What You’re Good At

David Geffen did this. He focused on what a record company was good at. In his case it was finding talent. There were some other operations involved, but he partnered with Warner Communications for distribution and marketing. His company didn’t need that.

Steve Jobs did the same thing. He cut back on what Apple was good at or had been good at.

Look at the core of your business. What your customers love the most. What’s the most profitable.

The most valuable thing you do.

Once you know this you have laser focus and it’s easier to cut out what doesn’t help you do the one thing you’re best at.

Now you want to assess your customers. What they care about most.

Over time, those people needed (without even realizing it) a new product. They wanted 1,000 or 10,000 songs in their pocket. They wanted information at their fingertips.

So Apple created the iPod and the iPhone.

When you know your core and focus on what they want and how that relates to what you’re good at the rest becomes easier to cut out.

Step 3. Cut Out The Unnecessary

Once you have your focus it’s time to cut things out.

Once you’ve gone through your entire client process and operations it might come to light that you don’t really need an office.

Or maybe you can cut some product offerings or some features from your software.

Maybe you can trim some policies. Maybe you can even cut back on the price of your product. That might seem backwards, but it could be the right thing to do.

Profit is not a bad thing.

Profit allows companies to grow. To try new things. Things no one else can try because they don’t have the cash to do so.

One thing before we go…this is not a one-time thing. It’s something you’ll need to do continuously.

You can clean your house once, but you know that it will probably fill back up again.

The same is true with your business.

That’s really about it.

Get rid of software that you’re not really using to its full capacity. You could probably do the task just as fast or faster without it.

What are some things you haven’t even used in a year? I like to look at my closets ever year and get rid of things that I haven’t used. Business can work the same.

Minimalism is not about cutting back on your business growth. Follow the steps above and odds are good that your business will grow more than it is now.