How To Perform Thought Experiments To Grow Your Business 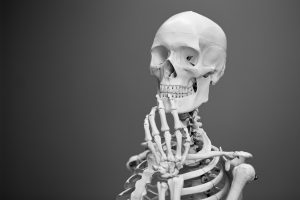 Thought experiments are used, often in science, to consider hypotheses.

Now, that’s over my head. The point is that Einstein and others would often try to think situations through in their head using all kinds of methods as a way to work out solutions and answers.

This practice doesn’t just work for science. It works for general life and it works for business as well.

Leaders in those businesses often go through thought experiments to consider what the consequences of various choices will lead to.

For example, hiring a new employee. The leader may go through the interview process. They may try to consider the information they have and then work through some possible scenarios in their mind to figure out what is most likely to occur if they hire this person.

Another example might be sports. Football coaches often come up with new plays for the offense to run. These coaches often go through thought experiments to consider what is likely to happen as a result of running the play. And it might be different depending on what the defense does.

Obviously thought experiments won’t always work out exactly all the time. But it’s a good practice to get into as a business leader and entrepreneur. Otherwise you’re often making a decision without considering the consequences.

Some of the best businesses I’ve observed made thought experiments part of their operations. Not just individually with leaders, but also with project teams.

For example, a business in the direct mail industry may gather a team and present the question, “What would happen if the US Post Office raised its prices by double next year…” The following discussion and process would be an example of a thought experiment.

So that’s one way to build thought experiments into your business, create projects and teams to consider future decisions. Make it part of the culture to think through certain decisions.

One more example from football. I’m a fan of the Green Bay Packers. A former executive on the team, Andrew Brandt, was involved in the salary cap management. He would sit in the draft room where the scouts would decide on what player to draft based on talent and team needs. Andrew would often chime in, he would say, to ask what the financial consequences would be if they draft a certain player. Would they need to subsequently release another player at a similar situation? That kind of thing.

This is another form of thought experiment.

It seems the big thing with thought experiments is that you perform the experiment in your head versus doing it for real. So where a business may hire a person on a trial basis versus thinking through the consequences and then after consideration just hiring the person without trial.