How To Identify Your Business’s Shortcomings 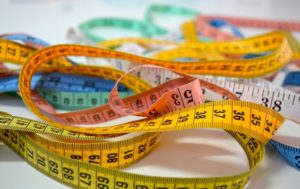 I’m starting to learn the importance of self awareness.

And not necessarily improving your shortcomings, but going harder on your strengths.

But I do believe in working some on shortcomings.

For example, I love golf. I’m also a bit of a results nerd. So when Strokes Gained analytics came out in the golf world…I loved it.

In golf, the tendency is to practice what you’re best at. You hit the ball long and straight off the tee? Why not keeping doing that to make sure you keep that strength?

But that tendency can go a bit too far. When players get on hot streaks and really step to the next level it’s often that they focus on their shortcomings.

Jason Day, for example, was losing strokes every round in his approach shots to the greens. He turned that into a strength and became the best player in the world.

You also might hear that you drive for show and putt for dough. What’s really true is that the best drivers and approachers in the game have the best odds of winning any week. The key is when they have even a pretty good putting week. If they improve their putting just a bit they usually win.

In life and business it’s possible to go too much the other way. You focus too much on your weaknesses and it becomes a lose-lose. You never really become great at your weakness. And because all your attention is going there you also lose your abilities in what you’re good at.

So keep that in mind.

But for this post let’s focus on how to find your company’s shortcomings.

Tip #1. Ask Someone That’s Honest With You

Sometimes we know ourselves best, but often there are others that know us better. We get so caught up in our own worlds that we lose sight of everyone else’s reality.

I’ve worked with businesses that ask for help with their website. They can’t figure out why visitors are getting confused. I’ll look at their homepage and I won’t be able to figure out what the business actually does.

And I get it. You get caught up in your industry. You use industry terms that customers don’t even know. You want to show that you’re smart, but in the process you fly right over the head of the customer.

And this works for me too. Sometimes I’ll just email a customer I trust to ask them a few questions.

Why did you choose us?

What part of our service is most beneficial?

What frustrates you about working with us?

That simple step has led to some big insights. Insights I would never get thinking on my own.

Tip #2. Ask Those That Are In The Dirt

Employees was one of the items above. One of the sources of some of the best insight into your business.

And I’m talking about the employees that are in the dirt everyday. Working the difficult tasks. Working directly with customers. Fixing problems. Doing the hard work. The work that’s probably inefficient.

Want to know where your business is lacking?

Anytime there is repetition it’s an opportunity to make something more efficient. Especially a problem.

Talk to the folks in the weeds or in the dirt or however you want to look at it. You’ll learn a lot. Especially your shortcomings.

Now, there are many cases when people can be honest with themselves. They’re self aware. They can audit their entire business and find the minute details and the big picture items that are shortcomings.

I’ve kind of found that personality tests are pretty revealing when it comes to looking at myself. I know what my tendencies are. Maybe not perfectly, but when you see the same things coming up over and over again and you look at examples in your life you start to see shortcomings.

For example, I know I’m not the best listener. I can be, but I’m especially not a good listener when I’m interrupted. I don’t like my schedule being broken. I used to hate working in an office with an open door. I didn’t like getting interrupted.

That’s popped up on my personality tests over the years. Now I’m more aware of it.

Tip #4. Tie Everything To Results

Sometimes the results will tell you where your shortcomings are. Maybe your sales are down. Follow the sales process backwards are far as you need to go to find the issue.

You might find it to be a specific marketing channel. Maybe it’s an issue on the sales team. Maybe the team is working too much on short-term goals.

It could be anything. Start with the results and work backwards.

This is part of the Strokes Gained concept. It’s all about results and working backwards from there. Golf is about getting the ball in the hole in the fewest strokes possible. If you’re not doing that you work backwards to see the biggest reason.

Tip #5. Tie Things To The Industry

This is probably the key aspect of Strokes Gained. At the pro level it’s compared to the average on Tour. If you’re 0.00 strokes gained in something you’re dead in the middle. I think it’s based on about 150 or so players, which is about the typical field for a PGA Tour event.

A player might think that they’re not that bad at something. Maybe putting. Strokes gained compares them to the Tour average. Or I’ve seen players that have thought they were poor in an area only to look at Strokes Gained to realize that they were being too hard on themselves. Or they were just not seeing the whole picture.

Look to tie things to your industry. Talk to your customers that have worked with competitors. Call up competitors and go through their sales process.

It’s good to improve shortcomings, but you really want to also double down on your strengths.

The reason is that your shortcomings are probably shortcomings for a reason. You probably don’t like to focus on those areas. If this is the case you might never be the best in the area, but to improve you will have to put in work.

And if you have room to improve where you’re the best then double down on those and really become the best if you aren’t already there. You’ll have the motivation to get there and it can really elevate things.