How To Have More Focus On The Most Important Tasks 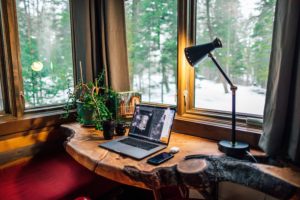 In a short video about his daily routine, author John Grisham says that he starts writing at 7:00 AM every day during his main writing months each year. He doesn’t have internet in this office. No fax. No phone. Just him and a computer without any apps or anything like that. He writes until about 10:00 AM and aims to get about 2,000 words onto the screen.

I imagine that John, like most people, wakes up about an hour or so before this time. He gets ready for the day and then probably gets right to work at that 7:00 AM hour.

Now, you would think that someone as successful as John Grisham would have other tasks to do. I’m sure he receives a lot of emails and phone calls. I’m sure he has a lot of opportunities. But John understands that his most important task is writing. And he makes sure that he’s focusing on it every day.

This is what successful people do no matter what the profession. They prioritize the most important aspect of their profession.

If you’re struggling with this, here are some tips on how to structure things…

This point is obvious. We know it. But it’s not easy to put in practice. I’ve learned that I can’t trust myself to keep an eye on the most important tasks. It’s easy to let things creep into my focus. The friction is so easy with so many things today.

And so many other things.

Friction is a good thing.

That’s what John Grisham is creating. He creates not just friction, but a roadblock on the Internet to his office.

I’ve found that I need to identify the important tasks and then audit my daily and weekly routine every few months.

We can’t do it all. No matter your job, look at what is most important and keep your eye on that task. Even if you have a boss, keep them on track as well. If they add something new to your plate, ask what should be removed to make room.

So is asking what your top priority is.

We all forget. Even bosses.

2. Break Them Down To Regular Tasks

John Grisham identified his most important overall task as writing books. And part of that was writing books every year. He broke that down into certain months that he would do writing and certain hours of the day when he would sit at his computer and write.

He also schedules time to brainstorm ideas and to organize those ideas.

Your overall task may be sales. That requires you to break it down into daily routines with the most important elements at the top.

Sometimes you have to make hard cuts with this, but we’ll get to that in a little bit. This is about creating time and opportunity to do the most important small things so you can achieve large goals.

3. Do Those Tasks First

It seems that most people, such as John Grisham, do their most important tasks first thing each day. The simple reason for this is that doing something first makes it incredibly likely that you will do it.

Let’s say an emergency comes up first thing in the morning. Something truly urgent. You can take care of that and still likely have time later in the day to work on the most important task. But you obviously have to be careful about what is “urgent”.

Just do it first.

It might take some practice and experience to learn, but it’s important to observe how much time you need for your most important tasks each day. For John Grisham that number is about three hours. He writes every day from 7-10:00 AM.

I believe I read somewhere that Ernest Hemingway wrote from 6:00 AM to noon each day. So he set aside six hours. I’ve read that songwriters often schedule two sessions each day and each lasts about 2-3 hours.

That’s probably a good place to start if you have no idea. It leaves time for other things, both professional and personal. But you can learn the details of your situation by starting somewhere and adjusting.

5. Leave Some Time For Other Tasks

And it is important to leave some time for other tasks. There are supportive tasks for just about every profession. John Grisham likely answers some email each day. He probably talks on the phone. Maybe he schedules time for some type of research or interviewing and things like that. I’m sure he does some promotion when a new book comes out. Even that video above takes time. I’m sure that was on his schedule as part of his “other time” outside from his writing.

In a sense, John Grisham works for an editor. That editor is a big machine that gets John’s books to consumers. There is no way John could do it all by himself. In a sense, he is outsourcing all of that work for a percentage of his book sales.

This is how just about every business works. You can’t do it all. And even if you’ve already outsourced somethings there are probably some other tasks that you’re doing that you should outsource. This opens more time and opportunity with your most important task.

I’m sure there are a couple aspects of the book industry that John Grisham likes doing other than writing. Maybe he likes brainstorming new ideas. Who knows. But I’m sure even he has to outsource some things he would like doing in order to focus on writing.

You do need to audit the outsourcing. You have to check in once in awhile, perhaps every few months or even every year, to make sure that they are doing a good job. You may need to change the person or firm providing the service until you find one that works.

Look for a way to track the success of your business. Schedule time to review it and if things look off take time to dive into it. If you need to make a change, do it. Then get back to working on your most important task.

Personal time falls into this equation. Often people will try to cram so much into their professional schedules that it takes away from personal time. And we would just about all agree that it’s not a good thing.

You can even listen to John Grisham speak in that video about working five days a week. That is likely leaving two days or personal time.

I like what singer Rod Stewart said about his life. He likes to have one job, one hobby and one sport. That’s a good basic rule and you could add family to the equation. If you start adding two or three to any of those items you’re doing to start running out of time.

Successful people are often very aware of what it is they need to focus on. So if you’re looking to be successful you have to identify that thing and then prioritize it first thing in the day. This gives you the best chance of doing it every day and building and building until you begin reaching your goals.