How to Get Creativity Without Inspiration 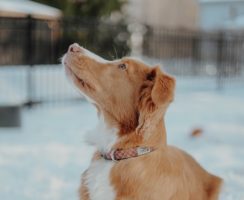 In Nashville, songwriters often schedule meetings throughout the week. Or songwriting sessions with other songwriters. It seems like it’s often three people getting together with the goal being to write a song in about three or four hours.

Often the songwriters have ideas that they bring, but that’s not always the case. And this particular sessions with Rhett was one where nobody seemed to have an idea. So they sat around chit chatting for a bit. But time was passing and they knew they wanted to get something done no matter what. Even if it would likely not be a big #1 hit single.

So one of them, I think Rhett, saw a magazine on a coffee table or something and saw a word. That word became the title that they would write. The creative juices started flowing. An hour or so later they had a song. And lo and behold, that song became a big hit.

Can You Cause Inspiration?

That scene is definitely not one of inspiration. Nobody in that room walked in inspired to write a song. It’s more of a job and going through the motions.

But you could say that inspiration either struck or they kind of caused it themselves. Either way, it happened and it lead to something creative getting done that affected the world in a small way.

What can you do if you’re not getting inspired to do something creative?

If you’re in a situation where your creativity isn’t coming and there is no inspiration in sight, try to identify a problem. It might be obvious. Or it might be one that you have to dig for a little bit.

In the case of that songwriting session, they knew they wanted to write a song. That was the problem they had that day. Or the challenge.

Humans are pretty good at figuring things out. But first you have to identify a problem that is likely one you can solve. Nothing too big or crazy. But something that you can actually probably solve.

In that songwriting room Rhett identified the problem. They all saw it. One of them, I think Rhett, decided that he had to find something, anything, that could become a song. So he started looking around the room and came upon that magazine. Or maybe he was reading it already. It doesn’t matter.

His brain went into solution mode and started figuring out how to get the wheels turning toward achievement.

The other two in that room were on board with trying to write a song about a random word from a magazine. The worst thing that could happen was this song was lost in their notebooks along with hundreds and maybe thousands of other songs that never see the light of day.

The best thing that could happen is the song becomes a hit. One that others enjoy and that puts money in the songwriters’ pockets.