How To Filter Feedback 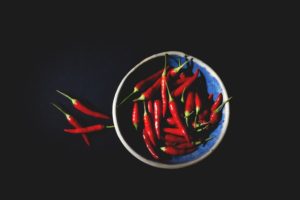 Feedback is a great thing.

If you have someone in your life that you trust to tell you the truth it can be a great thing. You know when they’re giving you praise that you can believe it. And you also know that when they provide a little criticism that they’ve likely thought it through and want to help you improve.

But obviously not all feedback is useful or usable. How do you know what to believe and what to discard?

Here are a few steps to help.

This question helps me all the time in life. Not just for taking in and filtering feedback, but for all kinds of things.

But with feedback specifically this question comes in handy. And there’s a good reason that it comes first in this list of steps.

When you’re in a situation where you’re asking for feedback or if you’re getting it without asking, it’s good to take a little moment to reflect on what you want.

Nobody else knows what’s going on in your mind. They may be providing you feedback that they think is helpful, but unless you’ve shared details on what you’re trying to do then the feedback is hit or miss.

Let’s say you run a restaurant. You have your mom come in to try the fish. She tells you that it’s too spicy. That feedback could be good or bad. Let’s say that your mom isn’t your target audience. You’re aiming for the more adventurous customer. Someone that probably wants things a little spicier. Someone that likes trying new food.

The feedback is fine, but it’s not helpful in your situation.

2. What Is The Person’s Angle?

Sometimes the person will want something that aligns with what you want. That is when you take the feedback very seriously. But if things don’t align then you want to filter out the feedback that isn’t helpful.

3. Why Do You Agree/Disagree?

This gets into the why. You know what you want. You know what the other person wants. You’re in alignment so you’re considering their feedback. Now you want to know why you agree or disagree on what you’re trying to do.

Let’s say you’re the same restaurant owner. Instead of your mom you have your best friend come in. They are exactly your target customer. They disagree with how you’re preparing the fish.

Your goal is to figure out why they disagree. Maybe they think it’s too spicy even though they like spicy food. Maybe there is an issue in your process where some of the fish is perfectly seasoned, but other pieces come out too hot.

Find the reason why you’re agreeing or disagreeing to continue to figure out if the feedback is helpful.

4. Are Others Saying The Same?

One person could be a blip on the screen. Two people with the same thought is starting to look like a trend. When you get to three or more people saying the exact same thing…now it’s time to start paying attention.

If your best friend says the fish is too spicy you want to listen. Then you want to test some more and see what others say. If another person says the same thing then continue to research. If you keep getting the same feedback then it’s time to figure out what the issue is.

The big point here is to keep testing. Say you have that issue where the fish tastes fine to you, but one person thought it was too hot. After 50 free samples you get 5 responses of too spicy. You dig and find that one out of every ten people gets a little extra seasoning because the cook uses up the remaining spice.

You can pretty much try anything and people will forgive you. Try redoing that spice process for the fish for a week or even a month. See how the feedback changes. You can always go back to the original process and after testing it you’ll have more knowledge to use in the future.

Don’t be afraid to test new things. Just make sure you’re testing only one thing at a time so you know what variable is causing any change.

Feedback is a great thing. People usually aren’t afraid to give it. Because of that, though, it’s important to have a method for filtering out what is good and what isn’t useful. It starts with understanding what you want and figuring out what the motivations are for the other person. Then you can quickly figure out if feedback is helpful or not.