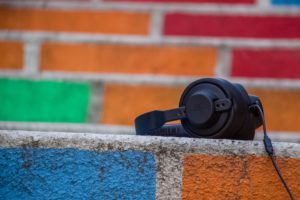 One of the most interesting series of podcasts for me are the ones that interview songwriters.

Mostly I listen to those in the country music world like the Bobbycast.

I like country music. But I also see parallels with songwriting and blogging.

Obviously I’m not saying that a blogger like me can write a country music song. At least not a good one. Not even close.

But if you pay attention to people that write, they often fall into a similar routine. Especially early on and really for the duration of their successful career if they continue to stick with that routine.

Here is the answer…

You can’t really predict it.

When I listen to those podcast interviews with songwriters they often talk about how some of the songs they write catch them by surprise. Just how big of hits they become. They often write the song just like it’s another song. Sometimes they get a feeling that it sounds like a hit. Most of the time they’re wrong. Sometimes they’re right.

But they’ll almost always say that they try to not sit down to write the next big hit. They just go through the same routine. They try to write great songs. But they now it’s impossible to plan for it.

The approach is kind of a Quantity Mindset.

Most successful songwriters have written thousands of songs. For maybe a handful of big hits.

Now, it’s not about creating garbage. You go into each situation trying to do your best and improve as you go. But if you expect to have a hit every time out you’re going to burnout really fast.

I find that for about every 100 blog posts you write, you’ll have one that kind of breaks out as “viral”. For a new blogger or business blogger that might mean a certain number of views. For a blogger that’s been around and that has a big following that might mean an incredible amount of views.

It’s about hitting a certain number from a quantity perspective. Doing the best you can. And understanding that the odds of hitting on something viral will work out if you stick with it.

Successful creators and bloggers are also open to new things. They’ll try something different. They’ll work with people they haven’t worked with before. They’ll look for new inspiration.

A blogger might hit on something that goes viral. They’ll follow that formula for awhile and continue to have success. But then they also continue to experiment with other kinds of posts.

Because you never know when the audience’s interests will change.

I know in music this is difficult. Trends change every few years. What’s popular today won’t be tomorrow. Often there is a big hit song that takes things in a new direction. Then everybody follows that formula for a couple years. But meanwhile in the background the future successful songs are being written that are totally different in style and everything else.

Sometimes your “most viral” content comes after you’ve built a strong reputation. More people are paying attention. But it wasn’t that you shared something drastically interesting. It might just be the fact that you now have a huge following.

A great example of this is the country singer, Randy Travis. In 1985, he signed with a major record label. They released his first single, On The Other Hand. It failed. Nobody wanted to hear it. The nexts single was 1982. It reached the top ten on the charts. Now Randy had an audience. The label did something interesting. They rereleased On The Other Hand. The song went to #1 on the charts.

The song went viral…the second time and only after the audience knew who Randy was.

Blogging is a lot like this. It’s incredibly difficult to build an audience. There are a number of different ways to do it. Sometimes you just have to create a lot of great posts that never get read in order to slowly build your readership until someday a lot of people are ready all your posts including all those archives.

You can’t plan to create a viral blog post. You should sit down with the goal of creating great content. Every time you write. It won’t happen. Not even close to most of the time. It doesn’t happen in any creative area. That’s really the secret creators have. They know this and while others get frustrated chasing viral dreams, they just stick to their routines creating consistent content and experimenting with new things and every once in awhile hit on some big things.