How To Blog More Without Reducing Quality 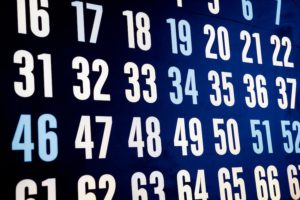 If you love something you typically want as much of it as possible.

In the content world, people feel this way all the time. Think of your favorite streaming show… You probably wonder why they can only release ~10 episodes every year.

Gary Vaynerchuk has been a huge supporter of quantity. Not just because it’s in demand, but because quantity is what leads to quality in many instances.

John Grisham, one of the most successful authors ever, recognized early on in his career the importance of publishing one book per year. Huge quantity in the book world.

Yet one of the main hangups about creating more is the question of how to continue to create “good”?

For blogging, here are a few thoughts…

Think about what you spend the most time doing now. If that thing is also what you’ve spent most of your life doing…you’re probably really efficient at it. You might going into that mythical flow state while you’re doing it where your brain is so good at it that you can do it without conscious thinking.

A goal with blogging, as with many things, is to create better personal efficiency. This means looking for ways to do things just as good while taking less time.

Consciously think about how to improve in the little areas of blogging and you can become extremely efficient at creating more content.

One of the most interesting examples of increasing quantity has been in the hip hop world over the last 20-30 years. If you look at Drake’s discography you’ll see an incredible quantity of songs. And many are collaborations. It’s obviously not this simple, but if you’re collaborating on a song with another person, in a way you’re doing half the work. If you collaborate with two others, you’re doing a third of the work.

Could Drake have created as many great songs by doing it all himself? It’s unlikely. He could have created great songs. He still does. But the Drake we know now is one that is a collaborator.

As John Grisham’s career picked up speed he likely broke down his process and built a team around him to handle many of the tasks. John probably did some of the heavy lifting. He may have even prioritized a few key aspects for himself. But all the rest he likely outsourced or hired others to do within his organization.

He likely looked for tasks that he was repeating, created a process for doing those tasks in the future, and then hired someone or multiple people to do it.

This is how anything works when it comes to scale. You have to break the process down and figure out how to have others contribute. Even with blogging.

4. Quantity As The Top Priority

If you’re not creating a high quantity of blog posts it’s almost certain that it’s not a top priority. Maybe you talk about it being a higher priority. But you’re not putting it into practice.

I live in Wisconsin. For many years, Mike McCarthy was the coach of the Green Bay Packers. Most off seasons he would talk about the importance of emphasis. Each off season the team only had a specific amount of work time. McCarthy knew that whatever he emphasized during that time would be what the team “got” in the season.

Most seasons it was a strong passing game. Others it was better tackling on defense or more turnovers on defense.

If blogging quantity is a true key, you have to make it a top priority and cut out other things taking up your time.

We can do anything in this life, but we can’t do everything.

When the top person wants content from you, you’re driven (by them) and given resources (by them) to create more content. Music labels were famous and infamous for this in the mid 1900s. They would identify a top act and push in every way possible for as much content (songs) as possible.

If you get buy-in from the top people at your organization, they are incentivized for you to do as well as possible and as much of it as possible. You obviously have to be careful, but they will do everything in their power to help you make it happen.

Quantity is a good thing. It’s good in most content fields, including blogging. It’s the way to become good at something. It’s a way to continue to improve. It’s also a way, if you stumble on something people want, to really capture a large audience.

Hopefully these tips help you achieve the quantity you’re looking for with your blogging.