How To Be A Nonconformist 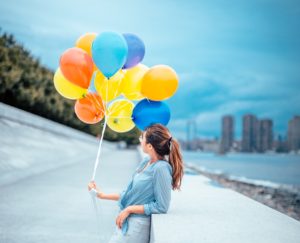 Some of the most successful people have been nonconformists.

Bill Gates and Mark Zuckerberg dropped out of Harvard.

Sam Walton would scout potential store locations by flying his own airplanes.

If you want the same result as everyone else, do what they have done.

If you want new results, you have to try something different.

And the evidence seems to back up the fact that nonconformity is good.

I won’t say that it’s for everyone. It definitely comes more naturally to some.

But there are things I believe you can do if you want to be more of a nonconformist.

1. Lean In To Curiosity

Did you ever get advice to “stop daydreaming”?

What horrible advice. Especially for a child.

Just because you’re not doing something that someone else wants you to do doesn’t mean that what you’re doing or thinking about isn’t important.

If you’re in some kind of agreement, like working a job where you’re paid, then daydreaming might not be good, but if you’re not hurting anybody then it’s okay to lean in to your curiosity.

Curiosity is perhaps one of the best things about life. It can lead to discovery and knowledge. It can also lead to innovation.

I think about this with my daughter. She’s curious about so many things. Even how to use a toy. I could show her, but I try to be curious about the way she uses her toys. Maybe her way is more fun than my way.

We often conform by doing what others tell us to do and then sticking with those things. Sometimes even if we don’t like them.

It’s fine to stick with certain things, but keep the discovery alive. Try new things. Maybe even things that you normally wouldn’t simply because you have a judgment going into them.

Golf is for nerds

Theater is for weirdos

Hiking is for hipsters

Let down the judgment and give things a try. If it’s enjoyable then it’s probably a good thing.

3. Ask Questions, Give No Advice

Some people have the need to be no-it-alls. They feel good when they feel like they provide the answer.

Because they’re too busy giving advice instead of asking questions, observing and listening.

The next time you’re in a conversation watch for your own tendencies. See if you’re an advice giver or a listener. The more you listen and ask the more you’re going to be open to new things.

A classic trait of a non-conformer.

Rules are barriers to new things. They’re created to keep the status quo.

If you want something other than the status quo you have to examine all the rules in your life. Think about what would happen if you break a rule.

Start asking yourself why things are done. If the only answer you have is, “Because it’s always been that way…” then it’s time to start breaking some rules.

5. Birds Of A Feather

Finally, look at the people you’re spending time with. If they’re strict conformists then chances are nearly 100% that you’ll be a conformist too.

If you want to break out of that slump you have to look for nonconformists. This may be painful. Your friends and family are often some of the biggest culprits when it comes to conformity. They’ll give you big time guilt trips if you show even a little nonconformist streak.

Nonconformity can really open up your life. Sometimes we put rules on ourselves for no reason at all. We simply go along with what’s easy. What’s always been done. If you keep doing that, but expect different results then you’re just looking for disappointment.

Try the nonconformist route. It can lead to things you can’t even imagine.