How Leaders Empower Their Team 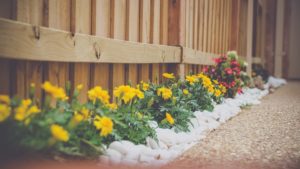 You’ve probably come in contact with the micro-manager. Maybe it’s in your personal life. It’s likely occurred in your professional life. The person asks you to do something. You do it. They kind of sigh and then jump in and do it “the right way”, which is really just their way of doing it. And they probably didn’t offer much feedback for why they wanted it done a certain way. They just wanted you to read their mind and do it exactly like them.

It’s impossible for a single person to be stronger than a group. Let’s say you have 100 people. One of them is stronger than the rest and can lift 100 lbs. The others can all lift about 25 lbs. That one person is four times stronger than everyone else. That’s impressive.

But it would only take four people to do the work of that one person. Add in just one more, 5 of the 99, and you’re far outpacing the strongest one in the group.

Here is another example… The world record for running 400 meters (one lap around a track) is 43.03 seconds. The record for the 4-person relay team at the same distance is 36.84 seconds. That’s 14% faster. That’s an incredible amount by adding in three more people to share the work.

In a business setting, it’s important for a leader to empower their team. To get them to give their best effort for the betterment of all involved.

Here are a few thoughts on how to empower your team…

2. Allow Them To Question

It can be frustrating if someone is always asking you “why” you’re doing something a certain way. I have a four-year old daughter and she has gone through some of these why stages already. I want her to trust my judgment and my wife’s judgment. It’s certainly frustrating to explain so many things. But I try to stay patient. I know that she wants to learn. I know that she wants to understand life so she can make her own choices.

You don’t want questions to the point of never doing anything. But it’s good to allow for questioning because it can lead to consistent improvement in the way you do things.

People like goals. A key for any leader is to find a goal that inspires each person. One that benefits the organization and that can personal motivate each person on the team. It might be an individual goal that a person can work towards. That improves their standing and helps the team. It could also be an organizational goal like reaching a certain number of clients.

Vince Lombardi is still held in high regard in my home state of Wisconsin. He coached the Green Bay Packers for 9 seasons. His teams won 5 national championships during those years including the first two Super Bowls. Lombardi had great players during this era, but what’s unique is that many of those players have written books. And many of those books chronicle their time and experience with the coach. And a common thread in these books and discussions is that Lombardi made players feel that they could achieve great things. More than they thought possible.

Every person is a little different. But we all would be better if we had someone expressing confidence that we could improve. That we’re better than even we think we are.

5. Ask For Their Input

In my first job out of college I worked for a great company. It had lots of great people. It really was a wonderful situation. The CEO was very good. He had many great traits, but one thing I particularly remember is that he would always ask for input. I was 22 years old and just out of college and he would swing by the building once a month or so and pop his head into every person’s office. When he would come to mine he would ask what I was working on. Then he would often ask for my thoughts on certain things. My thoughts. As a 22 year old with zero experience.

You want your team to do well. You want them to feel inspired at work. A lot goes into creating an environment like that. But that’s the job of the leader. It’s not to do everything. It’s to give everyone the support and confidence they need to do their best.