8 Ways To Grow Your Business Slowly 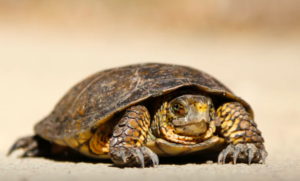 It’s easy to get excited about the businesses that grow fast.

As someone in business you want to see what the secrets are for growing a company.

And obviously if a business is growing fast they are doing something right.

I think sometimes the case is that the business is almost an overnight success.

A lot of the time, though, I feel that fast-growing businesses still had a lot of slow progress before they hit a tipping point.

If you think about music that’s often the case. A new artist breaks out with a hit song. Overnight success…unless you look at the 10-20 years they spent working on music.

And a lot of businesses we admire grew slowly. Steady, consistent growth. Through good times and bad.

Looking at the top companies in the world. Most have been around for decades.

So with that in mind, let’s change the usual focus a bit and focus on how to grow a business…slowly.

When you’re a startup it’s easy to get caught up in the day to day. You’ve found something that people need or want. You’re just scrambling to figure it all out.

But eventually you want to break away from the day to day to do some thinking.

In fact, many successful entrepreneurs have been thinkers. Obviously they’re doers as well. Work needs to get done.

This is where an understanding of values comes from. And it’s not so much about setting your values as much as it is about discovering what your values already are.

When you know your values it’s easier to make important business decisions. Instead of chasing quick growth you’re more likely to choose growth opportunities based on your values.

So many great businesses focus on the people on the team. It’s really important to them. They don’t necessarily hire mostly for skill, but more for fit. Those that fit their values.

This slows growth, which can be frustrating, but also good in the long run.

I think about the Green Bay Packers. They have what they call “Packer People”.

Obviously in football you need skill. But the Packers force their personnel staff to find skill + the Packer People.

I’m sure it’s more challenging. It probably holds the team back from some short-term success. It frustrates the fans all the time.

But the team has been a consistent powerhouse for 25 years. Rarely having a losing season in that span.

The core is about your product core. The thing you do best. And it doesn’t even really need to be a product.

This can seem limiting too like a lot of things on this list, but a lot of great businesses do it. They limit what they do for their clients.

I’ve been thinking about it for Ghost Blog Writers.

I used to think blogging was our core and in many ways it is.

But now I’m thinking our core is more of writing ongoing content. Content that’s delivered on a consistent schedule.

This is the big one. Jim Collins calls it the 20-Mile March.

And I’m a big believer.

His examples included many businesses, but he compared it to two teams that went to the South Pole. The team that made it there and back had the goal of going as close to 20 miles as they could.

Obviously in the bad weather.

But also in the good, which surprised a lot of people. They would limit themselves on good days.

And you see that all over in the business world and in other areas of life.

Here is one from the country music world.

Billy Ray shot to the top right away. He had some followup hits, but really struggled after his huge initial success. The ultimate rocket ship career.

Tim’s first album didn’t hit. Then he had a #8 hit. Then a #1 and a good run of hits. He never seemed to do too much early on to burn things out. And he’s still going strong today.

Dustin Johnson vs. Anthony Kim. They came out around 2008-2009 on the PGA Tour. Anthony Kim was the big story. Winning events. Ryder Cup hero. Then injuries struck and his emotional play kind of burned things out.

Dustin started winning about one event a year until recently he fell into some really great play, but he seems to be in position for a really long career.

Another story I like is Southwest Airlines. They would limit the number of new airports they would go into each year. Even if things looked great. They didn’t want to grow too fast.

If you grow too fast a lot of bad can creep in. You need to hire too fast. That can lead to poor hires, which can set you back years. You can take on bad clients that aren’t a good fit that can drain your profits.

Another thing slow growers seem to do is experimentation.

But they don’t do one or two experiments and go all out.

They do tens or even hundreds of little experiments. All the time.

And after one proves to have some real promise. They then go all in.

But it takes those little experiments to find just one or two once in awhile.

Little experiments don’t break the bank. Most never work out. It might be 1/100 or even 1/1,000 thousand, but that 1,000 won’t drain cash and the winner could take the business to new heights.

In my area we have Leinenkugel’s brewery. They’ve been around for 150 years. Over that time they’ve done countless experiments with flavors. They’ve probably hit on a very small percentage, but one hit was their Summer Shandy and it’s become their biggest seller.

Luck is an interesting thing.

A lot of his success could be seen as lucky. He believed in Jackson Browne. Then he signed Jackson’s friends. Including the Eagles. And the Eagles became huge.

Then in the ’80s he hired a few A&R folks that brought him Guns N’ Roses. Huge.

All that work and effort makes you prepared for luck. It’s not guaranteed, but it makes luck more likely to occur.

But one thing successful, long-term entrepreneurs and business leaders seem to do is not looking at fortunate occurrences as strokes of genius.

Something good happens and it’s easy to think that you’re a genius. You’ve done it once. Why couldn’t you do something like that again? Maybe even in a different industry.

The best are able to put that ego aside. They are almost paranoid about the fact that they got lucky and they work even harder to make sure they don’t lose that luck. They figure they had almost nothing to do with the success.

They stay the course. This keeps them growing slowly instead of getting lucky and burning out.

Finally, it’s important to stay calm during the trying times. They happen to every business. Even Southwest Airlines had a year when they didn’t really grow.

But for most businesses that focus on slow growth they’re able to weather storms. They have cash reserves. They keep working. They don’t spend too much. They’re prepared for down times.

Save during good times. Spend during down times.

Growing a business slowly is not something you hear a lot of people talking about. It’s not really the cool and exciting thing to do or discuss. But if you look at businesses you admire. Chances are they are growing slowly. At least in relative terms.

Use the insight above to set your business up for slow growth. It might take a little longer, but you’ll set yourself up for big growth instead of a fast fizzle.