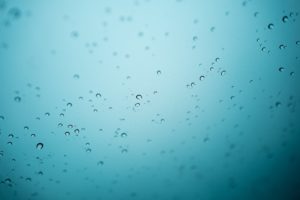 Feedback is one of the trickiest and touchiest things in life.

You can do 99 things in a great way. Do one thing “wrong” and there may just be a critic. Ready to provide “constructive” feedback. It might be family. It might be a superior in the office.

Sometimes we don’t even have to necessarily do anything wrong. Some people are very eager to dish out advice. Unsolicited advice. It’s not that they’re trying to be annoying. Giving advice, to some people, makes them feel good. They perceive something to be wrong and they want to help.

And even as the receiver of feedback, we know that getting it is a good thing. We typically want to hear advice. Especially from people that have proven with their own actions and results that they have something good to share.

But it turns out that even when well-intentioned, feedback often brings out negative feelings.

New research from Gallop found that most people feel tense and anxious when receiving unsolicited feedback. On the flip side, though, the same researchers found that there is an effective way to build feedback into your life and work.

Managers can be in tricky situations. It’s often assumed and felt that when you’re in a position of leadership that you should “have all the answers”. The reality is that this feeling is likely a very small reality.

Yes, leaders need to be decisive and consistent. But the most successful are almost always the ones that are open to new information. They may not act on every bit of information, but they’re very willing to ask for and seek out feedback and advice.

Tiger Woods is one of the most successful golfers of all time. He has very consistently said over the years that when he listens to advice about golf that he takes in as much as he can, but that he only keeps about 5% of it. Talk to older peers that played with Tiger when he first came on Tour. Talk to his coaches. They said Tiger was very eager to ask for feedback. They also will say that he is pretty accurate in his 5% claim.

Jack Nicklaus, perhaps the only peer to Tiger, was very similar. Some of Jack’s best golf came after a tip from another player, often Deane Beaman, that would change his game for a great run. Usually a tip about his putting. Jack, despite being one of the best of all time, was willing to ask, but not always willing to implement.

Sam Walton is a fascinating character. Charismatic? Yes. But that didn’t drive much of his success with Walmart. He was always on the lookout for new information that would improve his retailing business.

Sam Walton certainly knew quite a bit about a lot of things. Business. Retail. Flying. Tennis. All kinds of things. He could have acted like a know-it-all, willing to dish out advice and feedback and every turn. But he often took the opposite approach, to ask questions and to ask for feedback.

Here is a great story about Sam:

A Brazilian businessman once told me that of 10 U.S. retailing CEOs he wrote to asking for an appointment after he’d purchased a discount retailing chain in South America, only Walton said yes. “We didn’t know much about retailing, so we wanted to talk to executives who knew the business,” he explained. “Most didn’t bother to reply. Sam said, ’Sure, come on up.’ Only later did I realize he was as interested in learning from us as we were in learning from him; he pummeled us with questions about Brazil. Later, we launched a joint venture with Wal-Mart in South America.”

Many of the all-time successful business leaders have been forever learning. They ask their co-workers more questions than they’re asked themselves. They are often willing to share advice, but only when asked.

The final trick on this topic for managers is to build a culture where everyone is encouraged to ask for feedback. The study linked above and others are finding that it’s best when people are willing to ask for feedback. When they do it on their own accord, they’re much more likely to listen and heed the advice.

But it starts with the manager. First, by being one that is interested in learning. To ask for feedback from their team, from their superiors, from partners and from all types of people. Seeing that the leader is asking for feedback eases some of the hesitation for the rest of the team that may want to ask questions, but are a little leery about it. Second, the manager can actively encourage the asking of questions. Saying things like, “If you have questions or want to learn something, feel free to ask. We try to make it a good thing to do that around here.” Third, catching people when they turn it only into a one-way street.

There will inevitably be those that like to give more than receive when it comes to feedback. You can try to identify these people in the hiring process. You can let them go if need be. Or you can try to bring them to a balance that fits with your culture. One where they overcome their insecurities about asking for feedback.

This is not an easy thing to put into practice. There are insecurities all around in life. Asking for feedback often feels like weakness. Especially if you’re in a position of leadership. But what you’ll find, when you switch to a learning mindset, is that people are more open to share with you. They also seem to respect you more. You’re seen as a good listener. You are seen as someone that is open and kind and relatable.

All great things. So it’s something to shoot for. Especially if you’re a leader. Just like Sam Walton.