Find Someone To Model Yourself After 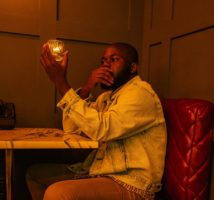 Humans are really good at modeling themselves after other humans.

It’s said that when your young child does something unusual that you should look in the mirror. They probably learned it from you.

The thing is that modeling never seems to stop. Most people turn into some version of their parents as they get older. Both the good and the bad. Sure, we change some things. The aspects we disliked the most are usually things we turn around 100% in the way we live as adults.

But when you spend time with someone, like a parent, so much it’s impossible not to take on their traits.

If you’re looking for direction in life it’s good to recognize the importance of modeling. To figure out what you want and to make sure you’re not going down a path that isn’t right.

I can’t remember if it was a reality TV show or a movie or what, but there was a great line that talked about modeling and the line of work you get into.

There is an aspect of life that is serendipity. You kind of go through this stage where you start working every day. You’re doing something. Over time you start building your skills and before you know it you’re pretty good. It’s fulfilling. Not necessarily the type of work, but the process itself. You feel good when you’re good at something.

I listened to an interview with Joe Galante, former president of RCA Records. He said that he got a job with the company during career day. Nothing special. Nothing he was looking for. He took the entry-level position, worked hard and eventually found himself running the label and enjoying it.

He got lucky depending how you look at it. Lucrative career. Seemingly a pretty cool industry and job to have. Glamorous in some ways.

But he could have just as easily have been a plumber or a garbage worker or something like that.

One, you’re going to model yourself after people. Especially the people you spend the most time with. It’ll happen whether you know it or not. So you might as well take a little control and find someone to spend time with that seems to enjoy what they’re doing or that does something that seems interesting to you.

Second, it’s okay to change careers. You can transfer skills across industries. You may have to give up a little short-term money and clout and things like that. But don’t be trapped by thinking you have to stay in the same lane for things like money or anything like that. You’re building skills. You’re probably good at your line of work and will get better. But you can always change lanes.

If you’re struggling to find a line of work or to find a direction in life, look to someone that seems like they do something interesting. If you need any kind of change, look for a model. Spend time with them. Your natural instincts will take over as you model and follow their path.