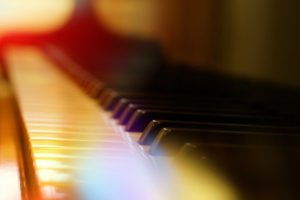 For most of human history, tools made a huge difference.

And obviously they’re still important today. The iPhone, for example, has been one of the most incredible tools ever invented.

Humans seem to be wired by some survival instinct to want tools for problems. And that makes sense. Having an axe made a huge difference in the ability to cut down a tree. Having a shovel makes it much easier to dig in the dirt than digging by hand.

But today, we have nearly an unlimited number of tools at our disposal. And we have to be careful also because today there are all kinds of tools that really don’t add to our lives and probably remove simplicity.

So this is just about being aware of your instincts and making sure that whenever you’re considering adding tools for whatever reason that it’s good to determine if the tool will really help.

In most cases you’ll probably find that you don’t need the tool.

I see it in blogging all the time. A lot of blog posts in all kinds of industries are about “X Tools for…”. The reason you see those posts is because a lot of people are searching for tools to help them do things.

When I think about tools these days I think about the biographies I’ve read about many successful musicians. I remember reading about Waylon Jennings. He was very skilled in the studio and had incredible success in the 1970s with his music.

Then something interesting happened in the 1980s. He had freedom to pretty much do whatever he wanted in the studio. He also had access to just about any studio tool he wanted. So he took it all.

The result was complexity overload. You could almost say the exact same for Brian Wilson of the Beach Boys. As his group became successful, Brian spent more time in the studio with access to more and more musical instruments, tools and gizmos.

The production slowed. Brian still made some great music, but it seemed to contribute to his frustration as a musician more than it helped him create amazing songs.

Another cool aspect of human evolution is our ability to innovate. For generations, our ancestors needed to innovate with only the things they had on hand. They had to make it work because if they didn’t they would likely die.

Thankfully today there are very few things that will cause us to die unexpectedly. But we can still tap into our innovative spirit by limiting the tools we have.

Some of the best music occurs when artists limit their resources. Both with instruments and studio tools and even with the topics they write about.

For example, Graham Nash, of Crosby Stills and Nash, wrote the song Just A Song Before I Go in about 20 minutes. He was at a friends house and was about to leave. It was raining and they figured he had about a half hour to kill. So his friend told him he should write a song. Graham sat at the piano and wrote the song.

Just a piano. Just his imagination. Just his years of skills. Just a song before he left…

Tools add complexity to our lives. They often help. But many times, especially today, they limit our abilities and innovation.

So before you add tools, consider if they’re really going to help you do what you want to…