Does Your Business Have Data Garbage? 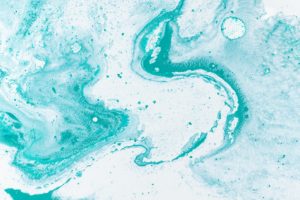 The world is full of data. More than perhaps ever before. It’s good for a lot of things. But as with most things, there is the flip side.

My career started at an interesting point in technology. The Internet had really be around for a decade, but it seemed that in 2007, when I started working, that it was widely accepted. And cloud software was really taking off. Since then it seems there are more analytics tools and other kinds of data tools every day.

This can be good, but I also see it burning out a lot of folks. When it comes to data, we often need to remember to take out the garbage from time to time.

Data can also lead to a lack of focus. Instead of really honing in on one thing, we get distracted by other aspects of what we’re doing. We go down rabbit holes. We think that maybe we’re missing something.

I love golf. And something that has helped my game in recent years is strategy. A guy, Scott Fawcett, was curious about strategy around 2014 and he went into the PGA Tour’s shot data to figure out if strategy had anything to do with the success of Tiger Woods. He analyzed every shot that Tiger hit from about 2004 to 2014. That is a a lot of data.

But I think it was focused. Instead of looking at all players or the top players, he looked at only Tiger. At least to start. It was a big task, but a procrastinator could have easily convinced themselves that looking at Tiger alone wasn’t enough. And then the task would have seemed impossible so it would have been easy to simply forget.

We live in a world of abundance. The times we live in are incredible. But with abundance comes the need, more than ever, to make sure we’re not overloaded.