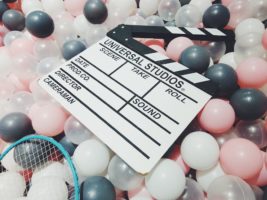 Our judgment and gut instinct is pretty good.

You have your lifetime of experiences working for you.

But sometimes our judgments are wrong. Or at least not fully correct.

For example, I’ve been reading the Frank Sinatra biography. It’s a big one. About 1,800 pages between the two volumes. It’s a really good biography. Pretty good at just telling the stories and not adding “lessons”.

But one takeaway that I had from reading is that different doesn’t always mean wrong.

One of the most unique things about Sinatra was his reputation as a One Take Charlie.

He was infamous in the entertainment world for doing single takes both in his music recording and in his film acting.

Sinatra was skilled in both. Not many people have won Grammys and Academy Awards.

Sure, he made plenty of subpar records and films, but Sinatra was really good at both, despite his reputation for only liking to do one take for most of his work.

The thing is, Sinatra put in a lot of work before doing any takes. He liked to pore through the lyrics of songs for days before every going into the studio to record. Sinatra was probably the best ever at communicating the meaning of a lyric for the audience. This unique approach seemed to be a large key.

He also like to work on the singing parts in advance. He would often arrive at the studio after the band had worked out its part. Sinatra would then listen once or twice through to the instrumental. He would think about his part and then for his take he would often nail it the first time.

Yes, Sinatra would do multiple takes. Sometimes a lot. But only if he really thought it was necessary. From his experience, he knew that his first take was almost always the best. And that came into play more with his acting.

When acting, Sinatra would also study the script in detail. He was a voracious reader. He loved books. And he surely loved great screenplays as well. Just as with lyrics, he was able to find great meaning in a screenplay and in lines of characters.

In the biography, many that worked with Sinatra on movie sets described him as kind of an emotional actor. The preparation was a big key to his success, but he also thrived on the spontaneity and surprise of the first take. It brought out his emotion for the character.

Those that paid attention caught on to this. Directors and other actors would often grow frustrated because Sinatra was different and unwilling to do multiple takes in most cases. But the directors and actors that understood him would often changed their methods to fit Sinatra.

And in these cases it usually worked out well for all involved. For the director, for the actors, and for Sinatra.

The key thing here is when you come across others that do things different, watch out for your quick gut instinct and judgment that tells you it’s wrong.

But take time to consider that it might just be different. And just as good as your way of doing it or as good as the way most people usually do it.

In fact, it might even be a better way of doing it…