Could Dancing Improve Your Professional Performance… 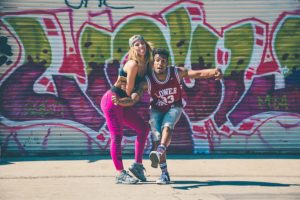 Jamaal Williams is a player for the Green Bay Packers. Since his rookie season in 2017 he has been a dancing machine. The dancing has continued and now there are cameras on him before just about every game as he goes through his own kind of warmup routine.

The thing with Jamaal is he doesn’t take away from the structured part of his job. He focuses when he is practicing. But during breaks in practice he will often break out a few dance moves. Both by himself and with other teammates. Then when the break is over he gets right back to work.

He does the same before, during and after games. He does his dance warmup outside of any structured team warmup. It would seem that he has the coaches’ approval. And it seems that even as a young player that the older players didn’t mind the dancing. They were curious about it, but they saw that he was serious about football and using dancing to help improve himself and his game.

Has Anybody Studied This?

That brings up an interesting question, can dancing really improve your professional performance?

It turns out that there are some great benefits to dancing:

“…dancers displayed stronger synchronization at the low theta frequency. Theta synchronization is linked to emotion and memory processes which are central to all interpersonal interaction and self-understanding.”

Brain synchronization enables seamless cooperation, and is necessary for creating both harmonic music and movement. The ability to become attuned to another person’s brain frequency is essential for the function of any empathetic community.”

The entire team almost always needs to be doing their job well to win.

So it’s interesting that dancing may actually have the ability to bring people together. I guess it’s not that shocking depending on the situation. If we’re dancing with family and friends at a wedding, for example, it’s usually fun and you feel a certain connection with those around you.

But in a professional setting it seems different. It’s not the norm except for perhaps something like an office holiday party.

Maybe dancing should become part of a regular routine. Jamaal Williams seems to enjoy it. He says that it’s been a deliberate effort on his part to become more outgoing and more willing to connect with other people. He said that he was an introvert as a child and probably still is. But he wanted to connected with more people and to have deeper connections with people. Dancing was one of the ways he has been able to do that.

And it seems to lift the energy of his teammates. And as we see by a few studies, that can be backed up with some data. You can see it with your eyes on the field and can trust what you’re seeing.

So consider adding dancing to your life. Perhaps formal, but also just casual. It can benefit you in a few ways including in your professional life.