Can You Learn To Be Ambitious? 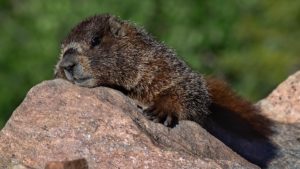 Ambition is an interesting aspect of life.

Most would agree that successful people have a high level of ambition. A desire to change their lot in life for the better.

Some even take it to extreme levels. It’s often thought that extreme suffering can lead to extreme ambition. Boxing is a pretty good example. Many boxers come from deeply suffering situations. What else would give someone the drive to be repeatedly punched in the face and body for several years to rise up in the social financial ladder…

It’s an interesting time in human history. There is certainly great suffering. But it’s also the best that things have ever been. The technology we have today was unthinkable even 10-20 years ago. I could have never imagined the smartphone back in the 1990s. Most people I knew didn’t even have cellphones.

In the US, the baby boomers have also been generally successful. And they have raised kids in a time of general comfort. Living in the suburbs. A seemingly lack of physical abuse. It all seems like a good thing.

It’s thought that this may have caused a little backlash in terms of ambition. Without suffering, can there be ambition? If you’re comfortable are you at risk for complacency?

My feeling is that there is a risk for a lack of ambition when you’re comfortable. If you’ve started at a certain point and feel comfortable there then you don’t have a reason to push to new levels. And that can be totally fine. Why try to achieve more when you’re already at an incredible place? Especially compared to our ancestors…

But that poses a dilemma for many. We seemingly understand that humans function best when they focus on growth. That might require us to learn how to be ambitious. To push ourselves to find outlets for growth.

I believe it is…

It can come from work. It can come from family and friends and relationships. It can also come from hobbies. Pushing to learn new things. Doing things when others aren’t watching. Trying things. Seeing a little success and lots of failure and sticking with it until reaching a breakthrough and then continuing to push for internal reasons.

Ambitious people often compete with themselves. That’s very difficult to do in today’s social media age. Social media is typically a great thing. But this is one of the downsides. It tempts users to “put things out there” for others to see. Seeking some kind of external motivation.

That type of motivation and ambition is almost always short-term. It’s unsustainable.

The key to ambition is internal. It’s competing against yourself and on your own terms and rules. Ambition can be easier for those with nothing to find. But I think it can be learned. You just have to work to find what will drive you to become better at something.