Being “The Youngest To…” Is Not A Good Goal 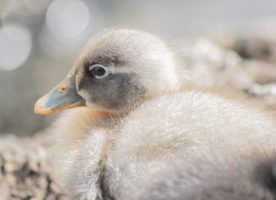 Our culture is often wired to be in awe of youthful success.

The youngest to ever…

Certainly it’s good to have aspirations in life. But this particular one has a few drawbacks.

Can You Really Control It?

We all start from different places in life. Someone that is born to a mother and father with professional basketball experience probably has better odds of achieving early basketball success than someone with zero basketball heritage.

Now, it certainly can be accomplished, but the aspect of being the youngest isn’t totally in your control.

Setting a goal that involves age can lead to misaligned focus and expectations. Obviously you want to achieve certain things and having timelines can help you move along.

But if one person in known history has achieved your goals at a certain age while most achieved it much later, your odds are very, very slim.

An interesting thing happened in the NFL recently, Patrick Mahomes became the youngest in decades to win the MVP award at age 23. The previous year, Tom Brady, at age 40, became the oldest. The average age for the winner is probably around 27 years old.

Let’s say you’re a star rookie 21-year old player. You have the goal to be the youngest MVP ever in the 100+ year history of the NFL. Now let’s say you play well, but not well enough to win. Now you’re 23 or 24. You’re depressed. That let down can negatively affect future performance.

Is It Really That Great?

Success at a young age can be great. But for many it can be a detriment.

Mike Tyson was the youngest heavyweight champion ever. He struggled with mental well-being for much of his life.

Michael Jackson was one of the biggest stars in music before he was a teenager. He sold more records than anybody else before turning 30. His career was pretty much over by the time he was 35.

I mentioned it with Tom Brady a little bit, but there are many, many stories of success at later ages. And usually more enjoyable stories.

Ray Kroc is considered to be the real force behind the McDonald’s we know today. Yet he didn’t help build that company until he was in his 50s.

And that’s not unusual for a business founder where the average age is often between 40-45 years old.

Think carefully about putting goals into your head that include being the youngest. The better goal might be to focus on being the oldest while putting in the work all along the way. Work that you find fulfilling. You will likely find success at some point. You’ll be much more prepared for it. And even if you don’t reach the pinnacle, you’ll still find fulfillment.