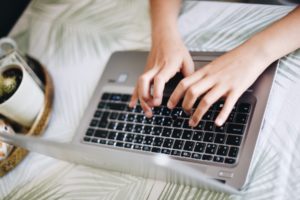 I’ve been blogging for over a decade now.

Many things have changed. Mostly for the good. Some changes haven’t really been good or bad. Just different.

I would say one of the changes that falls into the indifferent category is commenting.

Recently, someone asked me about how they should feel about blog commenting. They said they feel they used to get more comments. Now they’re wondering why they don’t anymore and if that’s a bad thing.

I thought about it and thinking back it definitely seems that blog commenting in general is down. Social media probably took a lot of people’s commenting energy away.

Another side of it is that blog commenting was often pleasant, but not always beneficial. In fact, there were some negatives. Some comments could be malicious. Both for the author and for the readers. It was a challenge to moderate.

And on the small, but annoying, side a post with a lot of comments was often difficult to read thanks to the page being very large as a result of all the comments.

1. They Got What They Needed

This is #1 on my list for a reason. Other people might have different thoughts, but this is what I see the most and I think it’s perfectly reasonable from all angles.

When a person has a question they often go to Google and search for the answer. They often find a blog post. Probably on a blog they’ve never encountered before. They read the post, long or short, get their answer and then they’re satisfied.

The blog post did its job. But even then the blog writer may feel a little down. They want more.

Trust the numbers. Over time, if you answer enough people’s questions your brand will grow. Google will recognize that you’re helping people. You’ll get more traffic. Both to your posts and to your homepage.

2. They Don’t Want To Be Judged

Or maybe your post was so good that they don’t have any questions. You answered them all. No need to leave a comment of any kind.

This kind of gets back to the first one, but worth calling out here. We’re all busy. We’re checking all kinds of things on our phones. Sometimes we just want to get in and get out and move on.

Commenting was likely easier 10 years ago when people had a few seconds to think about what to comment. Now they’re just on to the next thing.

People may read your posts. Plenty of people. But they might prefer to interact with your brand and with other followers of your brand on another channel.

Maybe it’s Instagram. Or maybe YouTube. YouTube actually has a general population and culture that is friendly to commenters. I don’t know why, but it’s always been that way and seems to be holding strong.

Look at your other channels where you have lots of comments. If you want more comments, focus on where you’re already getting a lot of comments.

If you don’t have a lot of comments on your blog then people may feel that their comments won’t be seen. People that comment sometimes do it for the attention. And that’s fine.

Like many things in life, the more success you have the more likely you are to have more success. It takes a lot of work to get there, though.

6. It Takes Too Long

Leaving a comment is time consuming. Not always, but it does take time. Think about how little patience you have when a website or an app takes a fraction of a second longer than usual. It drives us all crazy.

If you have people that like to comment or that regularly comment they might see your commenting system and think it takes too long. It could be a hosting issue. It could require them to login in some way that is tedious.

Look at the process for leaving a comment on your blog and see if there are bottlenecks.

There can also be bugs in the system. Maybe people are trying to leave comments, but they’re getting an error. Test your commenting system and software once in awhile to see if something went awry. It can happen.

8. They Don’t Want To Hurt Your Feelings

People are generally nice. Even on the Internet. You may have written a good, but not great post. Someone may want to comment, but since they don’t have anything nice to say…they don’t say anything.

That’s okay. This is a good thing. You likely know when you’re writing good and bad posts. Keep trying and you’ll improve. I know that I still write lots of mediocre posts even after ten years…

This is a GREAT thing.

This wasn’t the case ten years ago or even five years. But it’s more common today.

There are a lot of reasons people don’t leave comments on your blog posts. The main takeaway here is that you should ask yourself if blog comments are worth worrying about at all. They can bring some value, but I think there are other things worth focusing on. I leave comments off of my blog. And I have for years. I often tell clients to do the same.