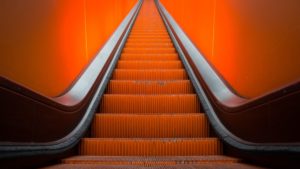 You’ve probably heard, though, that once you make about $75,000 per year in the US, happiness kind of plateaus.

Once you reach a comfortable level with money, other elements of work become more important. Or at the very least your focus starts to shift a little.

As a leader of a team, it’s important to consider the way money affects the team as well as other important elements.

Part of the challenge is keeping a successful team together. That requires loyalty. And in many instances, it requires more than money.

Kindness and respect. If you’ve ever had a strong relationship with someone, these are two major reasons. If you’re in a marriage, these are often discussed as top priorities for long-term success. Friendship is the same.

When you slip up, you have to catch it and then work to build back the trust. When you see others faltering, you have to decide if they need to be removed from the team and held accountable for their actions.

Kindness is different from enabling. But more on that in a bit…

People want the truth. Nobody wants to have a boss that pretends things are going extremely well only to learn a couple months later that they are being let go.

It’s the same in relationships. It’s often not the negative situation that causes the biggest issues. It’s usually the lying and coverup that makes people most upset.

Be as honest as possible with your team. Not too negative. Not too positive. Aim for a balance of both. There will be times when it skews one way or the other. Follow the ebbs and flows as much as you can.

When you’re truthful with people about the company and about their own performance, they can trust your information and are more willing to follow your lead.

Everybody has individual motivation. It’s human nature. It’s probably essential for survival. It’s normal to think of yourself and your immediate family. In fact, it’s probably better if we thought more about ourselves than about others.

One person may be motivated by job security. Another by ambition for promotion. Another by money. Each of these people can find success if the team does well. You just have to put them in the right positions so that the work they’re doing satisfies their own goals and the goal for the overall team.

It turns out that being listened to and understood is one of the key elements to happiness in life. Your employees want to feel this way. They want to know that you hear them and understand them. Most of the time they want to help provide feedback.

It’s easy, as the boss, to feel that you’re too busy to listen to everybody. But the most successful bosses often schedule time to listen to employees. They also make time to explain when suggestions are good and when they are not applicable.

This might seem unimportant in many situations, but for the health of the team and its members it’s very important.

If they see you, for example, toss a napkin and miss the trash can and walk out of the break room, they’re going to be taking mental notes.

If they can’t even pick up their trash, what else don’t they care about…

If you feel that your team is struggling, one of the first things to do is to audit yourself. Your routine. Your manners. The little things you do around the office that might be negatively influencing the team.

Every person on a team has a view of what’s fair. Generally, that doesn’t mean treating everybody the same. People are different. Different skills. Different attitudes. Different value to the team.

It really comes down to the “why” of decision making. If the team understands the “why”, things are typically viewed as being fair across the board.

Provide opportunities for each employee to grow in the way that’s most important to them. Offer cross-training. Offer time for self-learning. Try to take the growth mindset into the team setting.

One of the conundrums of being a leader on a team is continuously challenging the team to reach new heights. It’s weird, but people and teams are really good at achieving things when they are focused on the same goal.

It’s the leader’s job to always be thinking about ways to challenge the team. Both short and long-term. Both for individuals and for the team as a whole.

Money is important. There is no getting around that. But most people want more than money when they are working. They want a balance of the items mentioned here. It’s not easy to achieve these things. But some of the most successful companies and organizations have had leaders that were able to focus their efforts in these areas and bring out loyalty from their team members.