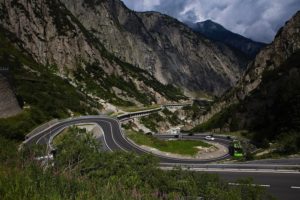 Email marketing is as strong as ever.

An entire generation, in fact multiple generations, grew up with an Internet where email was everything. It was the gateway.

Sure, people may not pay as much attention to email as in the past. But earning the right to send someone an email is incredibly valuable. It’s still worth working toward.

But they’re not signing up.

Here are a few reasons why they might be avoiding it…

1. They Don’t Check Their Email Anymore

People have more to check today when they’re online or on their phone in apps and such. They’re checking their social feeds, which has taken up a lot of time. They’re still spending time in front of the TV watching Netflix and Hulu. And they still have their day-to-day lives going on.

Back in the late 1990s and 2000s, people checked their email often. Nearly everyday and they paid attention to just about every email message their received. That got a little uptick when smartphones came along. People still check their email a lot, but a few messaging platforms have taken some of the attention away.

You might offer people multiple ways to get your content. That’s a good thing. You might be trying to get people to signup on multiple channels. That might be a losing battle and one not worth fighting. People have different preferences. You might be writing blog posts and sharing them on Twitter or Facebook or LinkedIn. You’re getting subscribers there and those people probably don’t need to subscribe to your email.

Continue offering your email. Work to get new people signed up there. Try to avoid burdening your followers on other channels with calls to subscribe to your email newsletter.

There could be a user experience issue with signing up for your newsletter. It might take multiple steps. It might require too much information that makes people uncomfortable or that makes them feel imposed upon. If you’re not getting the subscribers you want, look at the process of signing up and see if there are bottlenecks.

There is a cycle that is common in the online world. Something new comes along that captures people’s attention. Things are pure and good for awhile. Then the spam comes in. Then people are turned off by the spam. Things eventually settle down and there are solutions for the spam, but the hesitation remains.

In fact, this happened with traditional mail for awhile and the effects of spam still remain today. Many people go to their mailbox expecting most of it to be spam or junk mail.

Anyway, you might have people avoiding your newsletter because they think you’re going to spam them. They figure they signup for your newsletter and you’ll send it, but also send much more solicitations for your products and services.

You can only combat this by building a reputation as a brand that sends only quality content via the newsletter.

5. They Don’t Know They Can

You newsletter signup might be hidden on your blog posts or other content. Or people may just not know that you even have a great newsletter.

Cut back on all the stuff going on with the design of your blog or content channel. If the newsletter is the main focus, cut all the other calls to action. And when you do guesting on podcasts and other channels, focus on promoting your newsletter as the main way for people to get new content.

6. They Were Put Off By The Popup

Popups kind of work because they jump right out at people. But nearly 100% of the time they turn people off. They came to read your blog post. They came to consume your content. And before they can even do that you’re asking them to signup for something.

Most of the time people will just leave. It’s a bait and switch. They came expecting one thing and now you’re asking them for something else.

In the long run, popups don’t work. Especially not to build a strong brand reputation.

You might have a large group of your audience that prefers video and audio instead of your text, newsletter content. It’s a simple reason and could lead to a frustrating, uphill battle to get people to subscribe to your newsletter when they really don’t like reading your content or any content.

8. They’re Still Deciding If You’re Worth It

Sometimes people aren’t ready to commit to subscribing when they’ve only read one or two of your pieces. Give them time to get to know you. They’ll come back via social media, or directly to your site or even through search. Have the patience to win them over.

It’s like dating, you don’t get far if you ask your date to marry you that first time out. It usually takes a few times before you start feeling that they’re the one and even then asking for their hand in marriage is a big deal.

Email newsletters aren’t quite the same thing, but hopefully the point makes sense.

Email newsletters are worth your time. It can be frustrating, though, to try and build a list today. Email is mature. There are some barriers to entry. It’s not the free-for-all days of the 1990s and 2000s when people would signup for anything. You have to be smart. You have to understand why people are and aren’t signing up. Hopefully the insight here can help you build your list the right way.