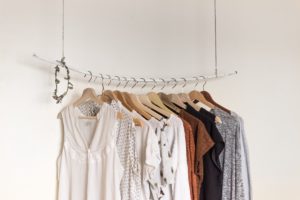 We all face decisions.

Some more than others, but there seems to be a trend of more and more decisions in recent years.

Maybe it’s technology. We have a lot of things that are competing for our attention. We have to decide how to spend that attention.

Famously, Steve Jobs would wear almost the exact same outfit during his later years. That black turtleneck thing. And those dad shoes. I’m sure it was comfortable. Who knows. But he wore it nearly all the time it seemed like.

Many people now think that Jobs wore the same thing each day as a way to reduce the decision load he faced everyday. He was running one of the largest companies in the world. Two actually, when he was the CEO of Pixar.

Sitting in the closet every morning thinking about what to wear seems pretty trivial compared to running two companies. Yet the stress on the brain and body is mostly the same. Stressing over clothes can have a similar effect as deciding on what product to invest in or how to market a new movie.

Here are a few tips for being more like many successful people in the world. A few tips for lessening the minor decisions you often face throughout the day.

This one is basic. It’s the Steve Jobs method. Same with Mark Zuckerberg. And really many, many successful people. Consider the businessperson that wears a suit to work everyday. It could be dress code at the office. But mostly it’s an easy way to walk into the closet in the morning, grab a shirt, pants, etc. and head out the door.

Find a way to organize your wardrobe so that tops go with bottoms. Find something that fits your style that you can slightly alter each day.

There are certainly delicious things to eat in life. But mostly we just need to eat in order to live. Find things you like and stick to a regular schedule. A regular eating routine. Aim for foods that are generally good for you. Then stick with the routine. The routine will keep you functioning well and you won’t have to agonize over what you’re going to eat for your next meal.

In many fictional movies and shows, the busy businessperson often has a scattershot schedule. They travel. They’re off from one meeting to another. They’re often interrupted without end.

That may be somewhat true for some people. But I’ve read a lot of biographies of successful businesspeople. And for the most part they were very rigid with their work schedule. They did the same thing nearly every day. They adapted over the long-term, but they were very strict and focused on their daily schedule.

Today, we can be interrupted anywhere because most of us have our phones with us all the time. We’re just a text away.

That’s good for a lot of things. But in other ways it’s not good. Each interruption short circuits the brain. It stops what we’re doing to focus on something new. It forces the brain to make decisions. Extra decisions.

Successful people have an interruption policy. Maybe not a formal one. But they avoid interruptions as much as possible. They force people to schedule time with them. They avoid calls and texts from most people. Especially those that waste their time.

Life is full of contradictions. One is that it’s good to say “yes” to many things. Opportunities. Trying new things. But it’s also good to default to saying “no” to many things. Especially if you’re a busy person with lots of decisions to make.

Successful people often say “yes” a lot. They take on new challenges. They try things others aren’t willing to try. They take on more work and more responsibility. That’s great. But successful people also learn to find a balance between saying “yes” and saying “no”. They have to take a defensive stance and really focus on what’s important to them.

Thinking about what you want is a good thing in life. Call it a vision or whatever you want. Think about what you want from your work and from your personal life. This can work as a guiding light for your decision-making. It can make the decision process easier and lessen the load you have on your brain.

When faced with a decision, you can think about how it fits with your vision. The answer often becomes easy. Much easier if you’re making decisions without knowing what you actually want.

Values also make decisions easier. Consider what the most important aspects of life are. It’s usually different for everybody. Maybe yours is treating nature with respect. Maybe it’s being on time. Maybe it’s treating others kindly. It could be anything. Discover your values. Then consider those values when making decisions.

We all have an increased decision-making load these days. If we don’t lessen that load it will wear us down. Our health will suffer in the long-term. Hopefully these ideas can help you ease that burden. It should also help you make decisions that you’re more pleased with as you go through life.