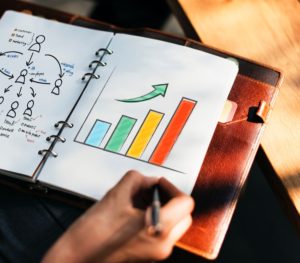 B2C businesses have been active on social media for the last ten years.

A B2C is business-to-consumer.

We’re talking about retailers and companies that provide services straight to consumers instead of to businesses.

I think both kinds of businesses can have success on social media, but B2Cs seem to have a big opportunity. When you’re trying to reach a lot of consumers it’s good to go where they are. And we know that just about everyone on the planet has a Facebook account. Instagram, Pinterest and Twitter aren’t too far behind.

Let’s say you’re in charge of social media marketing for a B2C. Maybe you’re struggling to find some traction with your social media strategy. Let’s look at some ways you can give things a boost.

This is a big one. Many etailers and B2Cs have a rule it seems to post one time per day. That’s a good thing. It’s good to have a schedule, but think about all the times people check their Facebook feeds… It’s a lot more than one time. And chances are they’re following a number of people and brands on Facebook and on other social sites.

When you post once per day what do you think the odds of someone actually seeing it are?

And Facebook has been changing its algorithm the last few years to push out businesses in favor of friends and family. So it’s tough going unless you’re posting more often.

The goal should be 3, 5 and maybe even 10 or more posts per day. We’ll share some thoughts on what kind of content you can post in the next few points, but the first step might be to commit to posting more often.

And also look at using more hashtags. We’re talking about getting new customers for your business. Hashtags expand your reach.

Questions get people interacting with your brand on social media. There’s a cool thing I’ve seen from B2Cs in the past. They ask a question like:

Who has been the biggest inspiration in your life?

They might ask that question on a special day of the year like Parents Day or Grandparents Day or something like that. Then people come and provide their answers and stories. And they’ll often even mention the person in their comment.

It’s a cool way to get more engagement, which brings attention to the brand, but it also brings new people to the brand with those mentions. You don’t have to offer promotions or things like that. Just ask a genuine question.

I like this strategy. I’ve seen is sporadically over the last ten years or so on social media, but not nearly enough. I get that it’s difficult to put together good customer stories and get permission from the customer and things like that, but it’s worth it.

The idea with this one is that you take a customer review or story and simply share it on social media. If the person follows your brand on say Facebook then go ahead and mention them. You can let them know that you’re doing it and they’ll be excited to be featured in most cases and they’ll share it with others. And it will encourage other followers to engage because they want to be featured.

You could start by sharing a really good customer review from your website every day on Facebook.

We’re looking for new customers in this post and one of my favorite ways to get exposure to new audiences is with a partnership. Does your brand work with other brands? Chances are that you do or that you could. You’re looking for complementary brands. It could work really well if you sell on Etsy.

Let’s say you sell jewelry on Etsy. Find one of your favorite people on Etsy that makes apparel and see if you can work out a regular schedule of featuring each other on one another’s Facebook page or Instagram or Pinterest.

With two of you working together you have about twice the number of people that you would have otherwise.

This one kind of builds on the last one. I’ve seen etailers do a really good job with this one. I’ve seen Cabela’s doing it all the time on their Facebook page and it gets people interacting.

The idea is that you feature one of the brands that you sell.

Let’s take the Facebook example. They sell products from all kinds of brands. Let’s say that one big one for them is Realtree, the camo and hunting apparel company.

On Facebook, Cabela’s can take out a week or maybe even a month and feature content about Realtree. They can mix in some other content, but they really show off the stuff that Realtree brings to the table including reviews, stories, videos and more.

By featuring the brand, Cabela’s is giving fans and customers of Realtree a reason to shop at Cabela’s. Brands have their own followers and they need a place to buy the products.

Really showcase your brands on Facebook and other social sites and tap into the fans that those brands have that aren’t aware that you even exist.

I’m seeing more of this lately and it’s really connecting with consumers. Brands that sell directly to consumers are posting more and more videos and product videos on social media.

One company that I started following posts about 5 videos or so each week on Facebook. Some are about 10 minutes and others are only a minute or two. They even do Facebook Live events.

The company sells DVDs and they’re also associated with a hunting equipment company. They post product videos, but also do other kinds of videos. They really get some good engagement with fans on social media.

Contests have never been my favorite. When I worked in ecommerce I never really got “good” customers through contests. Contests are fun and I have no issue with people that like contests, but I found that the people that signup for contests are also usually, not always, but usually looking for deals. They might only buy if you offer discounts.

But contests can still be a way to bring new people to your company and that’s always a good thing. And some contests can really take off and go viral on social media especially if you’re offering something really good.

So they’re worth looking into.