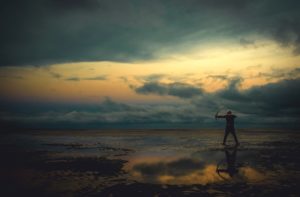 It’s pretty much a myth that there can be a fast-growing business.

Usually the companies that appear that way have a long history. The entrepreneur behind it probably has prior experience or they have been floundering for a few years before hitting their big break.

So even those fast-growing businesses can take time to really hit the “fast” part of the process. But there are some things to look for when you’re starting out so you can increase the odds of success.

Here are a few observations I’ve had over the years…

Ghost Blog Writers kind of came about this way. But it happens in a lot of industries. Usually there is a period of very early innovation and interest. Then it can take years, sometimes several years, for the market to catch up and start wanting to buy the product or service.

The idea of blogging had been around for several years, but in the late 2000s, companies started blogging as a way to earn the attention of possible customers. So blogging services started being in demand. It was a rising wave that you could catch if you started or already had a blogging services company.

Another example is the bow hunting industry. Hunting with guns had been popular in many parts of America for decades and decades. Using bow and arrow to hunt had been around as well, but was mostly an after thought. Then in the 1970s and 1980s, people starting using bows more. It became a niche in the hunting industry.

Then in the 1990s, bow hunting starting to become very popular. As a result, many companies started catching the wave with all kinds of bow hunting products. Treestands, compound bows and lots more.

It’s very difficult to predict what new trend or technology today will be popular in the future, but usually you can look for little trends and try to bet on which will become popular over the next decade or more.

Speaking of the bow hunting boom…there were a few companies that started producing products in the 1980s and then really hit their stride in the 1990s and 2000s. Not just because they caught the rising wave, but also because there was an opportunity to jump way ahead of the competition.

Treestands, for example, were very primitive (and dangerous) in the 1980s. And when you’re starting from the most basic there is opportunity to create something that seems incredible. It’s obviously not easy. You have to figure it out. But there is the opportunity.

Think of the iPhone in 2007-2008. Smartphones had been around. But compared to the iPhone, smartphones were pretty primitive. Apple was able to jump way past the technology of the time. They rode that wave for a decade.

Now we’re in a more mature smartphone market. It’s more difficult to jump that far ahead of the competition. It’s probably possible, but very difficult.

But one way to look for a potential opportunity is to find a primitive market that offers a potential 10x jump.

Just a reminder as we’re halfway through this list…it takes persistence to reach fast growth. I really can’t think of a single fast-growing business that doesn’t have some kind of persistence behind it.

But that offers the real opportunity. Most people aren’t willing to work steadily on something for 10+ years to reach the point of fast-growth.

I was listening a podcast with author, Ryan Holiday. He was talking about how his book, The Obstacle Is The Way, is now experiencing its best sales. In fact, overall, he’s more in demand than ever. He’s experiencing a form of fast growth right now.

But it’s been seven or so years since his first book was published. And he had been writing for even longer than that without ever publishing any kind of book.

Most people think it would be nice to sit down and write a best seller. But that’s the trap. You have to sit down thinking that you might reach fast growth at some point in the future.

In the hunting industry there are a lot of people selling products. The challenge for buyers is that it can be difficult to figure out what will work and what won’t.

One of the keys, that many buyers figure out, is buying from the sellers with proven results.

In the hunting industry, a buyer might look beyond the marketing to figure out who is harvesting the biggest or the most animals.

When people see that what you’re selling is working and that is has worked for the long-term, it can lead to fast growth. But the key point here is the long-term proof. There are people selling products in the hunting industry today that have a 30+ year track record of success on their own. They experience the fast growth now based on that proven track record.

It’s not easy to build that.

Here is another way to think about business…

Many entrepreneurs focus on the new industries. Today it might be AI and things like that. And there is opportunity there. Often it’s several decades away, though.

The opportunity comes in the fact that there are established, proven industries with plenty of demand that are being overlooked because they’re not as new and exciting.

Established companies in established industries can have large bureaucracies with lots of expenses. And also expensive products.

One current example might be the auto repair industry. Baby boomers are retiring. They’re buying their dream cars. They’re also often the owners of small auto repair shops. They often haven’t used online marketing. And they probably use old processes and software in their operations.

There is an opportunity to reach the market with more efficient operations, better pricing and with better marketing.

It’s an established industry so it’s overlooked, but it has some potential upside for those that have an interest in it.

6. Partner With An Established Business

I’ve written about the story of Ty Herndon before. He was a country singer that, on the surface, had an incredible rise to stardom. He signed a record deal. With a month or so he recorded a song with a producer. A couple months later the song was #1 on the charts.

There are a lot of reasons that Ty’s career grew so fast.

The first reason is that Ty had been working for 10+ years on his singing career. Singing for anyone that would listen. Taking any opportunity to perform and learn about the craft.

The next reason was that he partnered with Epic Records in Nashville when he signed his deal. They saw potential. They saw that if they plugged Ty into their machine that there was a chance for good things to happen. The label had been around for decades building the operation that could make this type of hit song possible. Making connections with radio programmers. Building trust with those programmers so that when they sent new songs, the programmers trusted them enough to listen and possibly add new songs. Also building trust with producers including Doug Johnson who found the song, What Mattered Most, and produced it with Ty Herndon.

Sometimes an artist will complain about the fact that they don’t really make money from the sales of their records. Or now they might complain that they have to give up 20-30% of everything when they sign with a record company.

But what is the alternative?

Partnering is an option. It can be a great option if you partner with a company that has been built over decades and decades to set things up for potential fast growth.

Fast-growth really is misleading. If you’re getting into something mostly because of the fast growth potential then you’re probably going to fail. However, if you’re in business because you love the process and you’re just looking for potentially big opportunities…the avenues listed here can be ways to think about things.