5 Signs That Someone Is A Good Business Partner 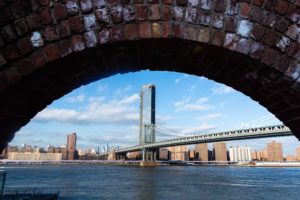 The last time the NFL MVP was on the Super Bowl winning team was the 1999 season.

Tom Brady has won 3 MVPs, but none during the six years his team won the Super Bowl.

Peyton Manning somehow won 5 MVPs, but none during the two years his team won the Super Bowl.

The last time the highest paid player, based on salary cap number, was on the Super Bowl winning team was in 1994. Steve Young on the San Francisco 49ers.

If winning, whether in sports or business, is about much more than having the perceived best individual or even the highest paid. In fact, those will usually work against you in the end.

But obviously building a team of business partners isn’t easy. Analytics can’t do it. Your gut can’t do it. There is certainly luck involved.

But here are a few things that seem to be common across successful partnerships, whether in business, sports or life in general…

If you’re not on the same page about where you want to go, the odds are basically zero that you’ll end up in the same place or the place that either of you want to go. And even if you do go where one person wants, the others will likely be unhappy about it. Even if it seems good for that one person and perhaps even one or two more.

To some, a mediums-sized business is the vision. It’s difficult to argue that it would be a success. But to other folks in business that might not be enough. Or it might be too much.

When you’re building a team, especially for yourself, you need to be on the same page, working toward the same vision or goal. You might be able to build in a little success here and there, but ultimately things will fall apart.

Intentions mean that the decisions you’re making are for the good of the vision. Everybody will make a decision that turns out negative. Most will agree that it’s negative. The person that made the decision will probably feel bad.

That’s okay. If you don’t allow this to occur you likely won’t make progress.

The key is intentions and understanding that even though the partner made a “bad decision”, they did it for the right reasons. They didn’t purposely sabotage the vision.

It’s way past the point of being cliche. In sports. In business. In life.

But fundamentals are the key to success in business.

Southwest Airlines famously stuck with a set of core fundamentals for much of its rise to fame and even today holds true to those fundaments. It doesn’t matter what new technology comes along. Or gimmicks. Or any of that stuff.

You hold to the fundamentals until it’s just not possible anymore. And even then you take it slow on accepting something as a new fundamental.

Jim Collins referred to it as a SMaC Recipe.

In times of crisis, or extreme enthusiasm, it’s good to know that a person can be stable. Hysteria leads to poor decision making and a lost confidence from the team.

Security is one of the core things humans seek in life. That includes the people they surround themselves with. If someone is prone to inconsistency, it’s difficult to anticipate how they will react in the future.

You can’t partner with someone that leads an inconsistent life. You won’t know how to anticipate their decisions and they’re likely to make a decision that kills the business. Not all the time, but it only takes on decision of a certain magnitude for a business to go under.

Peyton Manning is perhaps the best quarterback of all time. His 5 MVPs would seem to be the biggest indicator of that fact. But even Peyton Manning wasn’t on the NFL field for more than 50% of any game. So he had to rely on other players for the team to win games and win Super Bowls.

Generally, it’s good to find partners with good complementary abilities. This way you can mesh together and naturally lift the team without ego getting in the way or jealousy.

By now you’re probably thinking it’s impossible to find all these things. And that’s kind of the point. It’s easy to overlook these things and go into business hoping for the best. But many businesses fail, especially startups. For these and for many other reasons.

Even if you do find a partner or partners with these things above, you’re still in for a tricky climb to success. But these an help set you up with the best odds of getting there.