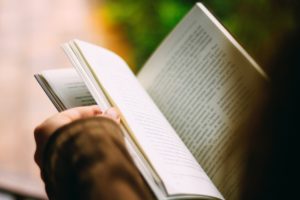 But as we’ve made the shift from traditional media like radio, cinema, tv and print to online, it’s taken a little while to catch up with demand.

People have read books for centuries. Really long books. For entertainment and for education.

People have watched movies for about a century. Before that they watched live plays.

Lectures, radio news reports and on and on…

Longform content has been around for a long time. There is demand, even in today’s world, for longform content when it’s good. And by good it means that it’s entertaining or educational or both.

My general rule is that if people find something they like, they want as much of it as possible. Maybe not all at once, but definitely over the long-term. A tv show, a podcast series, a favorite recording artist, etc.

Longform content can be a great investment for companies in the content marketing game. If you’re looking to do more in this area, here are a few examples to provide some context and inspiration…

An investigation is a systematic study of something. Usually something that isn’t well known that can shed some light on a big issue or story for an audience. These happen all the time. Some hit home with the mass audience more than others.

They used to often occur with local media like newspapers and television, but now they’re happening more online with blog posts, podcasts and YouTube videos.

As you would expect, they often take a very long time to conduct. Some take several years or more to come to a conclusion and even then there may not be a definite conclusion.

Example: The Best Things in Texas 2020

A feature story is generally about a newsworthy item. There is some recency involved. But it’s not just a story reporting the news. It’s usually done with a little dramatic flair in the writing. An emotional connection is one of the goals from writer to reader. This is a great example of how education and entertainment are combined to create a great piece of content.

Example: Laura Dern has always been worthy of celebrating. Hollywood is just catching up

A commentary is when the writer or documenter shares their opinion on something. Or perhaps they’re trying to clarify what a piece of information means for an audience.

It’s one thing to hear about the news. It’s another to understand what it means. People often want to be told what the news means for them and for the world in general.

Depending on the topic, commentaries can very much be longform.

Example: An oral history of Tin Cup: One of golf’s most iconic movies ever made

An oral history is a collection of information usually from a variety of sources close to a specific topic. These are then presented in an entertaining as well as educational way. The people involved are usually cited by name and with that it gives more context to the information being told.

These can be a very fun and entertaining way to get information about a past event. We may have lived through it ourselves, but with an oral history we can learn what the people involved were thinking, doing and feeling. They can be really great.

Rolling Stone was perhaps best known during its time as the magazine with longform interviews with rockstars. Writers would tag along with the stars for months at a time, taking copious notes of everything being said. Then they would gather all the information and present it in a way that was interesting for the public.

An interview can be short or long. The long ones seem to be able to dig a little deeper into what’s going on with one specific person in their lives over that period of time. They can be very interesting although it comes at the price of investing a lot of time and energy.

You can fill in the blank on this one. Most people know what movies are. They’re usually about two-hours long. They take many months to make. I would guess that the typical time is about a month for shooting, but before that there is writing, preparation, rehearsing and then after the shooting there is a lot of editing and post-production work.

I remember an interview with Jerry Bruckheimer several years ago where he talked about going into TV because he wanted a little more instant gratification because with movies it took so long to see the final product.

Reality shows made it even faster to get to market. They take a lot of effort. They can still be longform, but they’re faster.

Again, you can fill in the blank on this one. It could be your favorite series from childhood. It could be one that represented your early adulthood. I like to think of the entire series as longform content. They take years to put together. The people and characters go through all kinds of changes. It literally takes days, weeks and months to consume an entire series even if you’re binging.

There are a lot of “YouTubers” with big followings. Usually these folks do shorter segments or episodes, but the entire collection of a series makes it very longform content. In fact, some of the episodes themselves could be considered longform. Even one that is over 20 minutes is often considered longform.

This is a great collection of interviews and moments that Jimmy had with Kobe over the years. It’s difficult for people to go back and find this information all by themselves. Obviously the great people at Jimmy’s show knew the value in performing this task and they’ve made it easier for millions of fans to remember one of their favorite people in a very unique way.

Documentaries are obviously like movies. Although they usually try to stick with the truth. But even in those cases you still have opinions on how the truth is presented. Everybody can have their own memories about how something happened so it can be tricky. But people continue to be interested in this form and it even appears to be one of the most popular forms of content on Netflix and other streaming platforms.

These obviously get a little into the commentaries with other formats: text and video. These all really crossover. Since we’ve talked about commentaries before, we can leave it off in this example.

The idea of a serial wasn’t new. But the idea was revived in a big way for podcast form a few years ago. Basically it’s a big story of some kind released in segments. In the case of podcasts, the entire thing, or most of it, was put together and then released over several weeks.

They used to do this with radio shows. Obviously TV has done it. Netflix kind of went against it for awhile when they released entire seasons all at once. They even used to release books like this in newspapers. One chapter at a time and then it was available for print after that.

This seems to be the most important form of podcast right now. An interview that lasts about 1-hour. It seems that all these forms of media kind of fall into a routine. Then it can be shaken up at some point, but they just seem to find a happy place between the creators and the audience. Podcast has definitely fallen into the longform sweet spot.

Lots of people still listen to old school radio. And many still listen to their favorite morning show or afternoon show or whatever. Many of these shows last for an hour or more. Lots of talking and discussion and maybe a little music thrown in to  break things up.

Most of these are now available for on demand consumption on YouTube or podcast. They’re chopped up into snippets, which is great. But it’s a great traditionally form of longform content that people love.

I think playlists are a form of longform music consumption. It’s a little sad to see the demise of the album from artists. But now they’re really competing with their own playlists and playlists that combine other similar types of music.

Spotify has done a really great job with their playlists. In fact, I think they kind of used that to their advantage here in the early days of streaming music. It’s really connected with fans. You can subscribe to your favorite type of playlist and get new music every week from artists you might not even know about.

What constitutes a longform piece of content? The definitions are pretty wide ranging. But generally you’re looking at something over 1,000-2,000 words for a text piece. You’re looking for something over an hour for video or audio. But there are variations within those that can stretch things out for a longer period of time required to consume.

The general rule with longform is that you know it for yourself when you see it. Today we call it binging. We do it in all types of different ways with our content.

And obviously there are more types of longform content. A how-to blog post. You’re reading one right now. A list. Just about anything can be longform. It just depends on how much the creator wants to do and how much the audience wants.